Xbox y Bethesda they will do a joint conference at E3 2021 next Sunday June 13 at 1:00 p.m. Spanish peninsular time. Microsoft bought ZeniMax (the conglomerate made up of Bethesda, id Software, Arkane, etc.), and therefore both companies unify their presentations at the Los Angeles fair. The event last 90 minutes and they promise that they will make known “the peak catalog” to be born from the union of the two firms. That said, what games can we expect?

Those who will not be missing: Halo Infinite, Starfield and more

If the official conference poster makes something clear (in addition to the time and day, of course), it is that both Halo Infinite What Starfield. The shooter of 343 Industries para Xbox Series X/S, Xbox One y PC llegar a end of this year after a delay motivated by the coronavirus pandemic that has affected so many development studies and by the criticism poured into the first trailer gameplay of your campaign. Although Microsoft has not confirmed it, rumors suggest that the presentation will be dedicated to multiplayer mode, than to be free.

On Starfield the official information is very scarce. This is the new role-playing game of Bethesda Game Studios (Fallout 4, The Elder Scrolls V: Skyrim, Fallout 76), announced at E3 2018. In this case, post-apocalyptic environments and worlds of medieval fantasy are exchanged for the spatial setting. It is known that he will have the largest map to date in a company game and that said world will be more reactive. Although some rumors pointed to a launch in 2021, everything indicates that arrive in 2022 with exclusivity para Xbox Series X/S y PC.

It would also be weird for Double Fine Productions did not give a release date for Psychonauts 2 in this event, as the game will arrive on Xbox Series X / S, Xbox One, PS4 and PC this year (according to Steam, in August). In the hot months it will also be released Microsoft Flight Simulator for Xbox Series X / S, so we could see a new trailer with a specific date. Another game to arrive in 2021, Age of Empires 4, had an event dedicated to him in April, so he may skip this appointment.

It remains to be seen if they show anything of the new Forza Motorsport (yes, they have removed the “8” from the name). The Turn 10 driving simulator is on closed testing phase in which the community is participating, so perhaps that is an excuse to show a gameplay. The announcement of the 2020 Xbox Games Showcase left us a teaser created with the engine of the game.

Also, both companies have several games as a service active, so you can not rule out news about Sea of Thieves, Grounded, Minecraft, Fallout 76, The Elder Scrolls Online and others.

There are several video games that have not been officially mentioned by Xbox Game Studios or Bethesda and that, however, have been sounding like possible ads from E3. The first one is Forza Horizon 5, the driving arcade from Playground Games, which will premiere its fifth installment earlier than the simulator of the saga. The other is a sequel to Wolfenstein II: The New Colossus, the shooter focused on the narrative of MachineGames, who also prepare the game of Indiana Jones.

Although with fewer sources to support it, there are insiders what do they talk about other three projects: Project Typhoon, an open-world cooperative blockbuster developed by an outside studio for Xbox Game Studios; The Outer Worlds 2, a sequel to Obsidian Entertainment’s role-playing game that has received expansions through this March; and a teaser from Project Dragon, the game that supposedly prepares IO Interactive (Hitman) for Xbox. 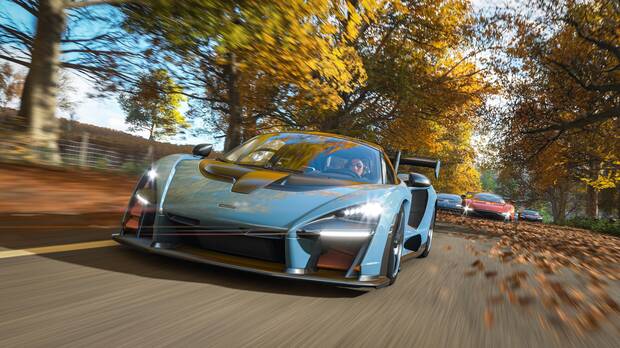 There is also a question: what about Deathloop Y Ghostwire: Tokyo? Both are games developed by ZeniMax studies (Arkane and Tango respectively), but what are temporary exclusives for PS5 and PC. Therefore, their appearance at the event is unclear even if they are from Xbox studios, but it would not be strange if more of them were shown at possible PlayStation events.

There are multiple internal Xbox team projects from which we have only seen one teaser and they do not have a release date, so their presence at the conference is on the air. We talk about Hellblade 2 of Ninja Theory, del Project Mara from the same study, from Everwild of Rare, of the fantastic role of Avowed developed by Obsidian, from the new Fable, from State of Decay 3, from the new inXile game, from the multiples Age of Empires that is in development by companies that collaborate with Worlds Edge … new from Compulsion Games, who launched We Happy Few almost three years ago.

On the part of Bethesda, it would be strange, but it cannot be totally ruled out, that a new teaser thriller from The Elder Scrolls VI, although they already said that this game would be promoted and launched after the premiere of Starfield. Likewise, there may be a teaser of what’s new from id Software (who work on the version next-gen de Doom Eternal as well), but it would be logical to save it for QuakeCon in August.

In addition to new games, you can also expect important news related to Xbox Game Pass, and perhaps, the acquisition of some new study by Microsoft.