Weird West prepares to immerse us in a Wild West … very peculiar. This role-playing action title is signed by Raphael Colantonio (former founder of Arkane Studios, the studio of Dishonored Y Prey) and can be enjoyed this fall on PC, PS4 and Xbox One in Spain and around the world. Taking advantage of the announcement of its launch, the development studio WolfEye Studios and the publisher Devolver Digital have wanted to share with the players a new gameplay where the intertwined destinies of these heroes are shown.

“Discover a dark fantasy that reimagines the Wild West, a place where law enforcement officers and gunmen share the border with fantastic creatures “, is the premise that gives us Weird West, thus establishing the supernatural and science fiction tone that we can expect from this project. We will have the opportunity to live this adventure accompanying five protagonists, which in turn will have their own plots.

“Trace the origin of the stories of a group of heterodox heroes and turn them into legend based on the decisions you make in a ruthless territory”, point out the creators. In this sense, each trip we take will be different and be shaped based on our actions. Keep in mind that the world reacts to every decision we make. “Form a gang or venture alone into the supernatural confines of the Weird West and make each legend yours. “ 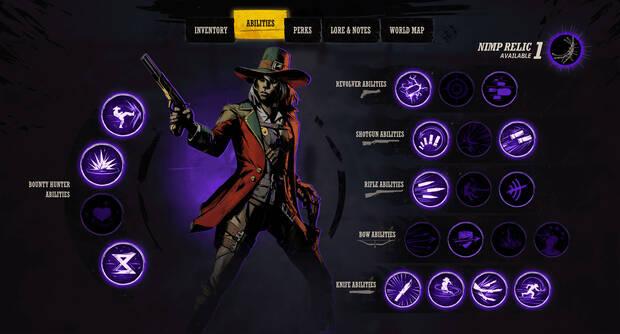 Another detail to mention is that, once we die, the changes that have been made to the world remain. And if our companions die and we don’t have objects to resurrect them, we won’t be able to get them back. In fact, they can even come back to life as zombies and attack us. Unlike games like Prey O Dishonored, which we play in the first person, this time we will enjoy an aerial view: “The exploration continues to have the same spirit, but with a different perspective.”

On the other hand, the combats will be carried out as a dual-stick shooter: although the players will have to use their reflexes and abilities to be victorious, the truth is that they will have different skills that will help them in the fights. For example, there is a so-called “bullet time” that can be improved to prolong and improve your ability to slow down combat.

We remind you that Weird West be available this fall on PC, PS4 and Xbox One, with no specific date yet announced. For more information, you can visit their official website.