The cooperative first person shooter game Rainbow Six Extraction has been delayed until January 2022. Ubisoft publisher and developer Ubisoft Montreal have announced the change in the launch date (it was scheduled for September 16 of this year) arguing that with the extra development time they can offer their vision of the game “in the way it deserves.”

“Our ambition with Rainbow Six Extraction is to offer a fully developed AAA experience that change the way you play and think about cooperative games“says the brand in a statement.” With unique functions such as Missing in Action Y The Sprawl, each mission is planned to be a tense and challenging experience in which you will direct the elite operators of Rainbow Six in a fight against a developing and lethal alien threat. “ 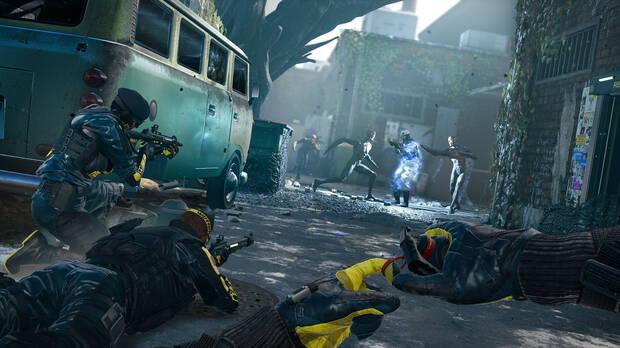 The statement concludes: “We take the opportunity to have additional time to bring this vision to life the way it deserves in January 2022. We are confident that this will ensure that Rainbow Six Extraction is the eimmersive, cooperative and exciting experience that we plan to create and the one that you aspire to play. We are looking forward to sharing more with you soon! “

A cooperative to Left 4 Dead with new ideas

After advertising as Rainbow Six Quarantine, Ubisoft showed gameplay and the name change of his next work at the Ubisoft Forward held at E3 2021. It is a cooperative game for three players developed by Ubisoft Montreal where you will have to delve into 12 different maps to contain the alien threat of the archaea and retreat.

In the statement two ideas of the title are mentioned that promise to give a lot of play. On the one hand, The Sprawl It is the ability of the archaea to expand across the map. On the other hand, i> Missing in Action is a mechanic that comes into play when one of the players is defeated. In that case, you have to re-form the squad and embark on a rescue mission to save the missing agent.

Rainbow Six Extraction arrive sometime in January 2022 to PS5, PS4, Xbox Series X/S, Xbox One, Google Stadia y PC; in this last platform it will be included in the subscription Ubisoft+. You will have cross play and cross save between all platforms. Those who reserve it will unlock in Rainbow Six Siege the 18 agents that are part of this Extraction.

Riders Republic moves its release date one month to October 28