Cooperative games are rare despite the fact that players often welcome the ability to collaborate with another person to live a story. Ihstar Studios you have chosen this option to create Steelbound, an adventure in which two very different characters (one from the royal family that rules in Babylon and the other raised in the streets of the city) fight to stop a war using the same sword that are passed from one to another since, if one of them takes it for a long time alone, his life begins to be in danger due to the curse that the weapon has. The character who wears it takes on a more active role in the fight and, when he passes it on to the other character, becomes more supportive of the one fighting. This is the basic premise of the game when it was presented in public by members of Ishtar Studios at the end of April. Now production is facing summer and it is time to see how it has evolved development in recent weeks.

Steelbound is one of the two games being developed by the students of the masters in Video Game Programming, Game Design and Art and Visual Design of Video Games by U-tad; the other is Ronin-Hood Sisters FrozenHam Studios is working on. In January, after a few months of theoretical training, the students they are divided into multidisciplinary groups that develop a video game in ten months from the initial concept to having a playable demo in October that will be the TFM of the team members. It is part of mtodo U-tad with which the objective is that students leave the university with a preparation as close as possible to the labor market that they will find. This includes forming large teams so that students learn to work as a team and organize themselves. On Steelbound they work 19 students: three artists, six game designers and ten programmers.

The team has been advancing these last weeks in different aspects, such as narrative design, “now we have much clearer the type of story we want to tell “, They say from Ishtar and in the artistic section they have focused on the settings, and it has not been easy to get references for the setting, since there are not too many games set in Babylon, but the study has turned this fact in their favor since, they say , “has allowed us to differentiate ourselves from other similar games. This is not a true-to-life Babylon, but our own version, full of magical elements and mythology, I know we are using some elements of their culture, similar color palettes and some of their more well-known settings. “

The basic mechanics of the game, the exchange of the sword between the characters, was promising from the beginning, and is not disappointing, they say from the studio, “allowing us to access a set of varied and fun situations, and most importantly, very different. as seen in games similar to SteelBound. Actions do, Powerful combinations of the abilities of both players, they are proving to be a powerful and versatile tool in combat as well as in puzzles and exploration. We had difficulty balancing the mechanics, as we don’t have many references of similar mechanics, but we believe that we have reached a stable point in that regard. “

Although the project is progressing at a good pace, some problems have arisen -which the students have been solving with the advice of the teachers- in the development of this mechanic, which was difficult to balance as it was proposed because the character who did not carry the sword had to claim it so that the wielder would give it to him and so the corruption of the weapon would not kill him. This “caused moments of stress and tension in moments where it should not, as in puzzles or more narrative moments and rest, “they say in Ishtar, so the system was redesigned so that the corruption of the sword was activated only in the presence of enemies.” The result has been satisfactory, but there are still things to be polished. Also, the speed of corruption depends on the type of enemy, be it human or demon. This allows us to create very different combat situations, switching between more strategic battles against human enemies and more frenzied battles against hordes of demons “, those responsible for the game point out. 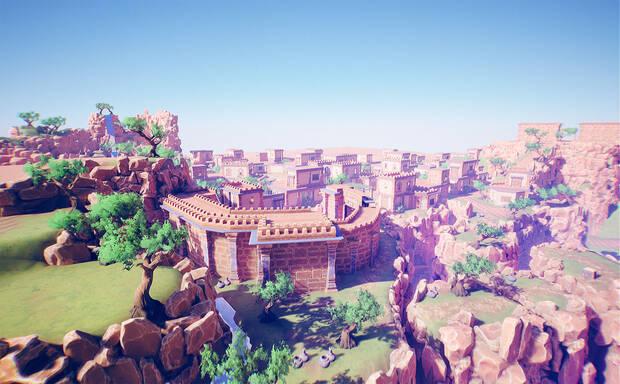 The role of the support character

The studio has also been working on the behavior of the two protagonists and their control, which is now more arcade than the beginning. The wielder of the sword has a light attack, a strong attack and a block but there are also the aforementioned actions that are activated by combining their abilities with those of the other character, who at that moment exercises support. In addition, they say from Ishtar, “several of these actions are enhanced if they are carried out at the right time, so the player will progress and become stronger at the same time as the characters.” When it comes to unleashing these actions do more important is the role of the character who is supporting at that time, so this role is now more interesting. The study wanted to give strength to the support independently, for which it has enhanced its battlefield control skills so that it can “fight in a creative way, being able to be used on different elements of the environment to achieve varied effects”, they explain from Ishtar , who has not forgotten to work on enemies to act differently depending on how many and where they are so that, for example, a spearman can “protect his allies attacking from a distance or surround players to prevent them from putting distance between themselves and an elite enemy.” 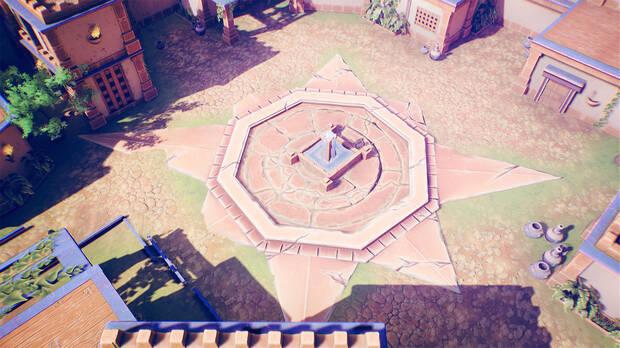 Ishtar has also not forgotten his intention to offer, in addition to the cooperative game on the same screen, another online game, “we have advanced a lot in that field, and 90% of the functionalities are already working online. To this day, we know that it will be a challenge, as coordination is important in our game. We are going to recommend playing with voice chat, and we are studying its viability within our game, “say the students who make up the study, using a system of pings and alerts to communicate with the other player.

Summer is coming and the team has taken a few days off at the beginning of the summer but everyone is looking forward to getting back to work in Steelbound Now that U-tad classes have finished and they have more time to devote to the game and“get up to speed with professional studies”, they say.