From among the games that are available currently free on Steam there are eight created by undergraduate students of U-tad, especially of Interactive Product Design, although there are also some students of Digital Design. Although usually in universities, undergraduate students are only asked to create small prototypes of projects, at the Digital Technology Center U-tad are asked to face the development of a video game from its conception to its publication so that they leave the university with the necessary knowledge to start working. It is known as mtodo U-tad, which began with the masters in video game development and was later adapted for undergraduate students taking into account They continue with the classes -and the exams- during the production and combine the two tasks, but they must meet the milestones as a real development, work on the game making the necessary decisions according to the problems that arise and have a self-concluding game on time. 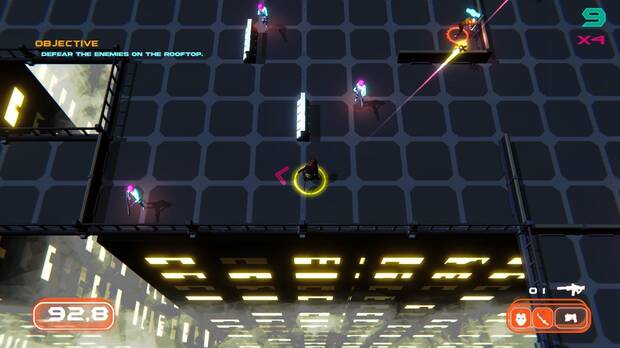 Students begin to work on the projects divided into groups in the second semester of the third year and at the end of that year a court decides whether to go ahead with them in fourth grade or start a new project. For several weeks let’s take a closer look at these projects created by U-tad undergraduates, starting with Beat em Down, Geadowns Y WillWalker; this last one is one of the games that was created from scratch this last year. 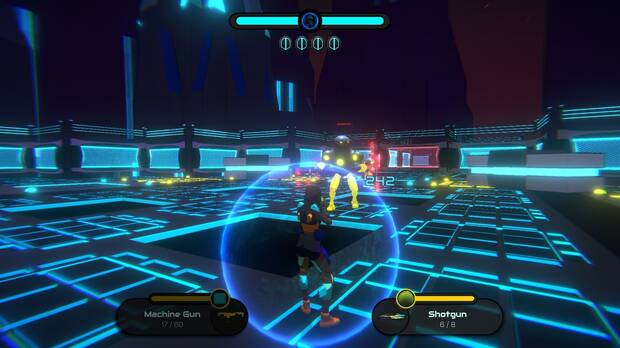 rhythm is the key to Beat’em Down, a shooter in the first person in which rhythm counts in order to deal more damage to enemies. An arrow mold is drawn in the crosshairs, and a higher score is obtained if the shot coincides when those arrows coincide at their maximum point with the one drawn. With some nen graphics that are just lines and simple geometric figures, You have to eliminate various enemies taking into account that they use a similar system, so you have to combine the shots made with the dodges to avoid being hit by rivals. Weapons have three branches to upgrade them. It includes a good variety of themes and you can even choose your own music to go through the levels. 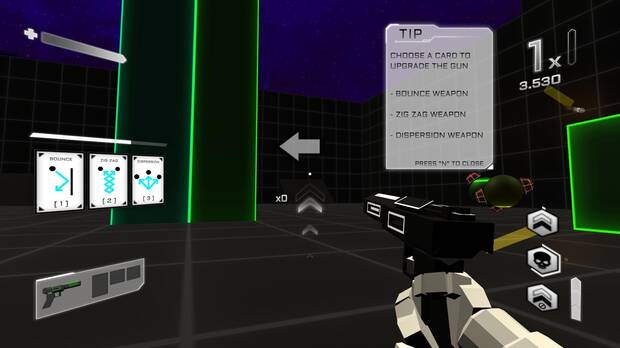 Its creators are six students, four of them from the Degree in Interactive Product Design and two students from the Degree in Digital Design. Last year everyone shared an elective subject but not this year; even so, inform CoolDown, the students of Digital Design “They have continued with us and have worked Geadows in a disinterested way, out of commitment to the project, which is a combination of shooter in third person and roguelike that quickly absorbs the player So before you know it, you’ve already had a few waves of exterminated enemies, and you are improving your weapons and the character you control. 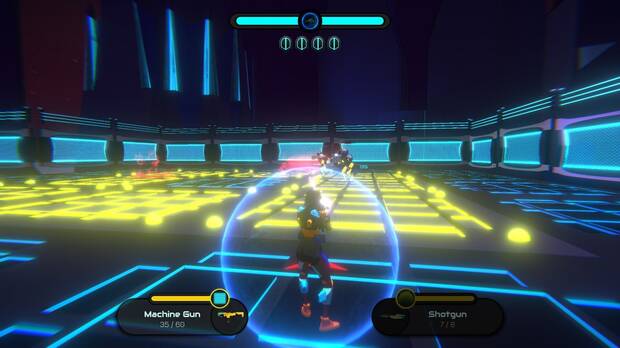 Geadows was going to be initially a shooter with a linear story, to what Ratchet & Clank but Cooldown components dropped the idea “due to its complexity and we looked for a way to keep all the gameplay crazy that we had at that time, but simplifying in other systems “, they say. The linear narrative was replaced by a structure roguelike, what allowed to include the improvements of the character and the weapons that, in addition, can be combined with each other.

The CoolDown components do not yet know if they are going to continue working on the game or are each going to go their own way, but they do, they say, “We are still attentive to feedback that we receive from the players and so far, we’ve introduced several patches to fix bugs, improve performance, and add a little extra content. “ 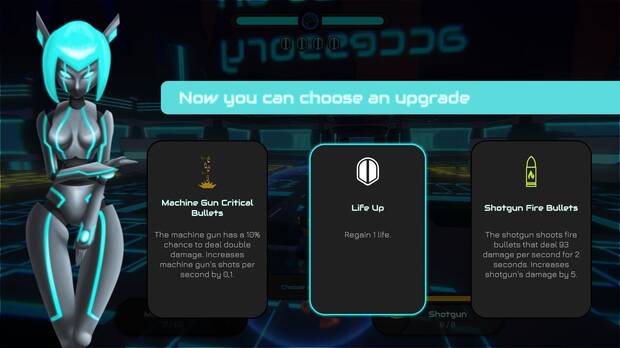 A cyberpunk setting for an intense top-down perspective shooter in which time is literally the key to living. You have to go against the clock to overcome each level dodging or eliminating enemies and crossing barriers, These two mechanics are the key to the game. We have a determined time to pass each phase and the clock goes down every time we receive a shot and increases when we collect the loot left by dead enemies, so you can choose to play more aggressively or faster. As we overcome levels we will get points to unlock more characters or raise their skills in what is another option to customize the way you play. There are Four characters to choose from, each with a different secondary weapon and abilities: the timelord, the samurai, the sniper and the hacker. The result is a fast-paced game that encourages you to pass each stage to improve your characters and continue advancing in the fast-paced games. 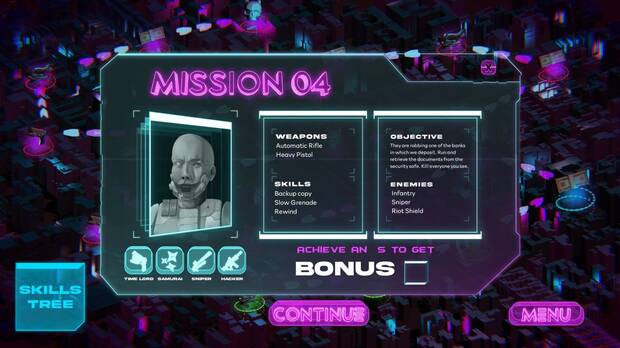 WillWalker Eight students have done it, although the first months were only 7, all from U-tad’s Interactive Product Design degree; each chose the role that he felt best suited his aptitudes: 4 designers, 3 programmers and 1 artist, although all have supported the others in addition to taking care of tasks such as production, testing and game analysis, UX / UI design and marketing, thus fulfilling the objective of U-tad that the students have the most complete knowledge possible of the development of a video game. 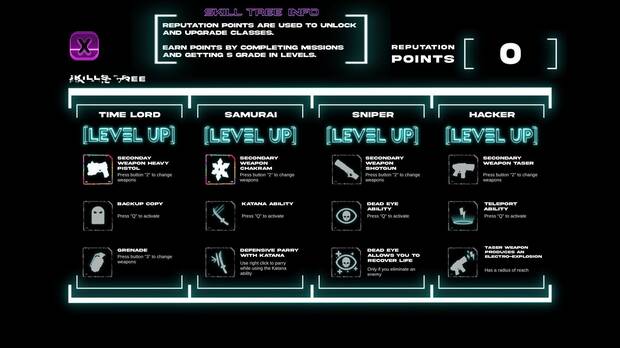 An additional challenge for DropOuts

DropOuts students have faced the additional challenge of have only one course to create the project since they could not continue with the one they had started the previous year, although this fact has served as encourage yourself to motivate yourself and work harder “and in a few months we managed to catch up with the rest of the projects and even be among the first to obtain a feel concrete, “says the study. At first the idea was to get as close as possible to games like Hotline Miami but in 3D and with a cyberpunk setting, “we realized that, to get the gameplay frantic that we want to generate we had to work with another perspective that would give more information to the player, to close to games like Ruin“They say from DropOuts.

The cost of this less development time has been having to perform cutouts in characters, game modes or, something that has hurt the studio especially, having to buy external artistic assets “despite the fact that we have a designer who is a spectacular artist, But we didn’t have the skills or the time to create a consistent art style. ”What DropOuts was clear from the beginning is that they wanted the game to consist of 20 levels and the player to manage the progression of the classes through the results in the games and that he could try different styles of gameplay according to the class chosen for the character.

After submitting the game for academic evaluation and publishing it on Steam, DropOuts has continued working on WillWalker on the levels, characters and other items and have prepared NFTs to sell. 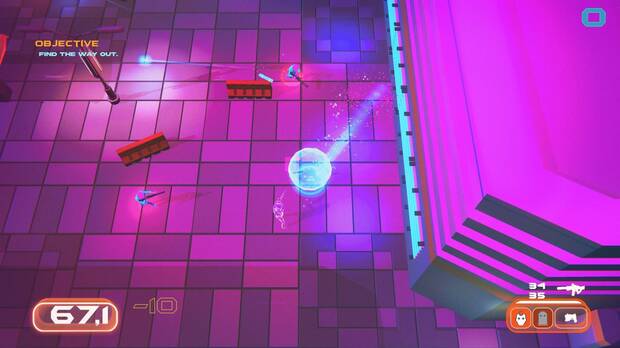