Cheating in multiplayer video games has existed almost since the beginning of its popularity with players who want to have an advantage during their games with disallowed software that allows them to increase their speed, improve their aim or see through walls to show that they are the ones. best in the neighborhood … but thanks to the traps and not his skill.

After these traps came, of course, the cheat sellers, creators of software not allowed by developers who create these traps (also known as chetos) that put up for sale for all those who want to pay for them generating large amounts of money like the group of sellers that we are going to talk about in the next few lines.

In March 2020 Tencent informed Chinese police of a group of cheat sellers operating in the country and also selling traps via the internet, this group reportedly earned more than $ 10,000 a day accumulating a total of 764 million dollars during the last year sales of cheats mainly used in mobile video games, although within their extensive catalog they also had “chetos” for shooters as popular as Overwatch O Valuing.

These traps sold in subscription format that allows players to use them for a specified period of time. A day of use was $ 10, 50 for a week and up to 200 for each month that players used their traps according to the police report. 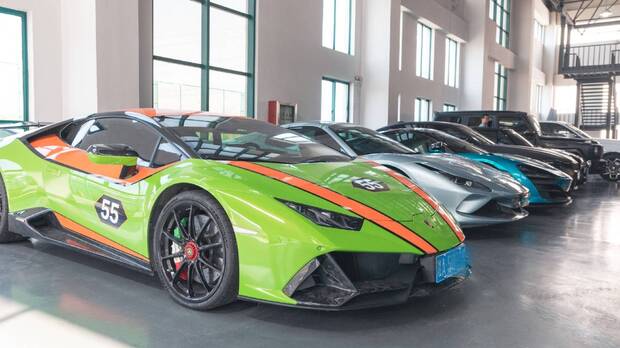 After almost a year of investigation in collaboration with the giant Tencent, the police of the Chinese country I dismantled this group of video game cheat vendors on March 26 entering various buildings to arrest a total of 10 vendors or cheat resellers and closing a total of 17 pages web related to this type of sales. This group of vendors had invested a good part of its sales in buying luxury cars worth $ 20 million In addition to buying different properties and even investing in cryptocurrencies to camouflage the money generated by the traps.

After the arrest, the Chinese authorities have communicated their wish to continue “working hard to maintain the gaming ecosystem“Fighting against unauthorized software vendors like these traps.

Clockwork Aquario, the return of a canceled game, presents its first trailer