The Season of the Warlock, a new independent game described as a horror comedy in the form of an extravagant graphic adventure, has presented its video teaser and opens the page in the Steam store; At the moment it does not have an approximate release date. The Madrid team enComplot is made up of two people who have created a project inspired by the tradition of the Gothic tale, with two stories to choose from in the same story arc, a choice that completely changes the game: Lord Alistair Ainsworth’s worldview or his butler, Nigel.

“Lord Alistair Ainsworth is giving a lecture at Edgestow University on the enigmatic figure of Waldemar the Sorcerer, who is said to have reigned with an iron fist and wielding black magic in the remote region of Groldavia. But his investigations are nothing short of ridiculous in the eyes of academics, as there is no proof of the existence of the sorcerer. Lord Alistair, frustrated, decides to go look for them in Groldavia “, summarizes the team. “There you find an imposing portrait of the sorcerer, who seems to be the depository of Waldemar’s wandering soul: a soul who still wishes to carry out a terrible revenge and who will make Lord Alistair an offer that he will not be able to resist“.

A graphic adventure in the classic style

Like other great graphic adventures, offer puzzles and control with option point & click or direct about the characters. Between so much terror and mystery there will be room for twists of humor and guides to the films of the 60s and 70s based on the works of Edgar Allan Poe and HP Lovecraft, or the charisma of actors like Vincent Price, Peter Cushing, Christopher Lee or Barbara Steele. Its graphics combine 2D scenarios with 3D characters, while the original soundtrack will be orchestrated; have voices in English. 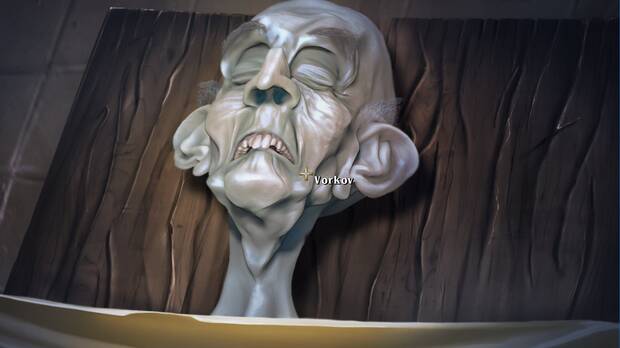 The King of Fighters 15 presents one of its musical themes