From May 26 to June 9 we can get some of the best PS4 and PS5 games at incredible prices, such as Marvel’s Spider-Man: Miles Morales, The Last of Us Part II or Demon’s Souls

Celebrate the Days of Play 2021 of PlayStation with offers from May 26 to June 9 in a selection with the best PS4 and PS5 games, all titles critically acclaimed and gamer that you can get in format physical or digital a Incredible prices, both through the PS Store and in your usual store. Indispensable titles for any type of player, including the most awarded successes of recent times; so for example you can get Marvel’s Spider- Man: Miles Morales, the fantastic open world of Ghost of Tsushima, the shocking story of The Last of Us Parte II, the spectacular Demon’s Souls for PS5, the best basketball with NBA 2K21 or the best shooter Call of Duty: Black Ops Cold War, among many others. Also during the Days of Play with these games at incredible prices you can meet the challenges of PlayStation Player Celebration and get prizes for your PS4 or PS5.

Next we review these essential offers de los Days of Play 2021.

The most awarded game in history at an unbeatable price, € 29.99. Discover how the story of Ellie and Joel continues on a new journey through different locations in the United States, landscapes as beautiful as they are deadly. On The Last of Us Parte II we will find new threats from infected, smarter and better coordinated gangs, new movements that enhance stealth and action, a memorable revenge story and, thanks to its latest free update, with a mode 60 frames per second on PS5. Discover the next chapter in the prestigious Naughty Dog saga with one of the most important blockbusters in the industry.

Superhero video games will never be the same again after Marvel’s Spider-Man, one of the biggest hits in PlayStation history, making us feel like Spider-Man has never achieved another video game before. An adventure of Spectacular, fun and very complete open world action that will delight both fans of this Marvel character and any player who enjoys the sandbox. The beginning of a saga that no video game lover should miss, being a very round and very careful title in which gameplay, graphics and narrative shine through.

Do not be left without knowing how the story of Spider-Man with another excellent game, unanimously applauded by critics and players. Marvel’s Spider- Man: Miles Morales It once again offers an open world with total freedom of movement where we will defeat the new criminal threat that threatens Manhattan. Miles Morales displays all his agility with his quick movements and surprise your enemies with new moves including camouflage, bioelectric attacks and new gadgets. In addition, PlayStation 5 players will be able to take advantage of this version with the advantages of DualSense and its haptic response or adaptive triggers, 4K graphics, effects ray-tracing or the performance mode at 60 images per second. A great game that cannot be missing from your collection.

Demon’s Souls it is one of the most acclaimed games in the PS5 catalog as reflected by his 92 average mark on Metacritic, a remake spectacular of a mythical game that takes advantage of the console’s SSD so that your return after each death is almost instantaneous. Enjoy 3D audio or immersive high-performance graphics at 60 frames per second, face the toughest demons you can find, work as a team with its cooperative mode or face other users with invasions of worlds. Master magic and combat in this modern action RPG classic that will challenge even the most demanding gamers. As we tell you in our analysis “One of the best remakes ever and the first great reason to jump into the next generation with PS5. “

The open world action adventure Ghost of Tsushima It was one of the most celebrated games of 2020, for a multitude of reasons. A sandbox visually spectacular, with a Unique sword fighting mode, a story very careful, as in all the great PlayStation exclusives, and a re-creation of feudal Japan like we’ve never seen before in a great blockbuster like this, which served to win the hearts of millions of players. Such has been its success that it has even been announced that a film by the director of the saga is already underway John Wick. An experience that no user of PS4 o PS5 should be lost and that also in the new generation Sony console it works at 60fps thanks to a free update, being more spectacular if possible its graphics and playability.

All the offers that we have previously reviewed will be available in both physical and digital format, but below we have selected three offers that will only be available on the PlayStation Store, the PS4 and PS5 digital store, Which are the following:

Call of Duty: Black Ops Cold War, the latest installment of the famous first-person shooter saga, returns from Treyarch with a very complete game. This time we will travel to the tense and exciting historical moment that was the Cold War of the United States with the Soviet Union in the eighties, undertaking covert missions in the single player campaign. The multiplayer offers classic modes and other specials of this version beyond the zombie side, such as Team Death, Domination, Confirmed Kill and VIP Escort and Combined Arms, the last two being one of the great novelties. If you like action, Black Ops Cold War it has all the excitement you are looking for.

The Ubisoft saga takes us to the 9th century after Christ, arriving in a Great Britain invaded by vikings. Assassin’s Creed Valhalla keep the action, adventure and open world regular in the series, but continues to delve into the RPG aspects so that we can lead a Viking clan in raids, looting and conquests. Valhalla enjoy a great map, the largest in the saga, offering us the possibility of traveling through a credible Britain full of details, different scenarios and rich and unique ecosystems.

The best rated street and professional basketball simulator on the market is back with a much deeper experience than what they had achieved so far, adding playable improvements and changes in the behavior of the players or even more realistic graphics. The Visual Concepts and 2K Sports game is a must for fans of virtual basketball, and NBA 2K21 it is a solid leap in all its aspects.

The range PlayStation Hits offers us the best PS4 games at unbeatable prices, and during Days of Play 2021 you can also get some of the best titles in the catalog for only 9.99 euros, both in format physical as digital. Thus we have the acclaimed God of War, which brought back the charismatic Kratos with a amazing new adventure which has become one of the most admired games of the last decade, for its great combat system, its spectacular visual section and its careful narrative, a true essential that any gamer should have played. Also if you are a lucky user of the new PS5 you have to know that in this console you can enjoy it in perfect 60fps thanks to a free update.

For lovers of driving we have Gran Turismo Sport, the latest installment of the acclaimed PlayStation driving saga that has not stopped growing since its launch, with new circuits, cars, tests, all kinds of improvements and even a complete single-player mode, as well as the most respected online mode by driving enthusiasts, because of the fair play that their community provides. A game packed with content and that on top of that we can get at a better price than ever.

Also within the PlayStation Hits sales we can get the masterpiece de Naughty Dog, The Last of Us Remasterizado, Ellie and Joel’s unforgettable adventure at its best, a good time to discover it for the first time or remember it for the premiere of the series that HBO is preparing for next year. And other essentials of PS4, Ratchet & Clank, a hilarious and spectacular action adventure for all audiences that it is a good time to play again or discover in the face of the imminent launch of the new Ratchet & Clank: A Dimension Apart which will be released exclusively for PS5 on June 11. In addition, since very little, Ratchet & Clank has received a patch for PlayStation 5 so it now runs at 60fps, a good excuse to enjoy it again better than ever. 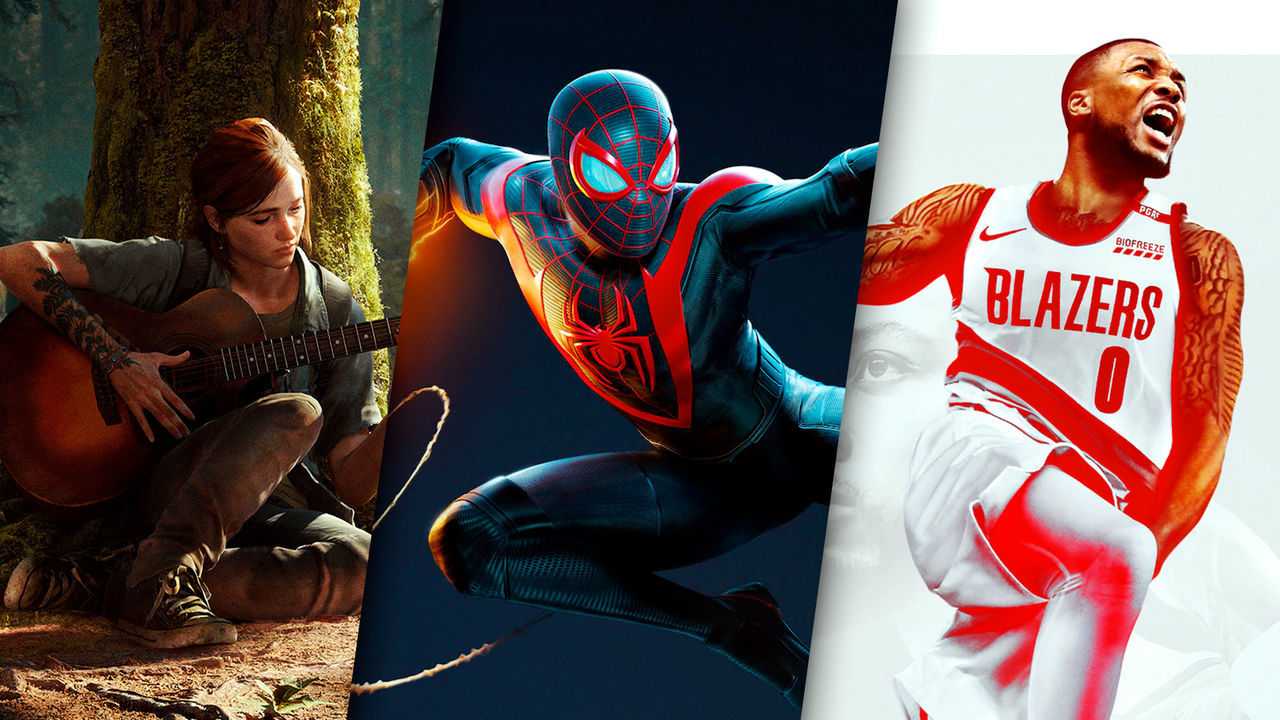