Tomorrow be available The Legend of Zelda: Skyward Sword HD on Nintendo Switch and to celebrate Nintendo has shown its launch trailer Which leaves a question for those who are about to discover this story or relive it again: What will you be able to do to save your friend? And it is that in this adventure Link has grown up on an island suspended in the air with Zelda, the daughter of the “mayor”, being friends since childhood and having a very close and special relationship. But shortly after starting the adventure an event will make Zelda disappear and that Link, awaiting an important destiny, has to look for her, but not in the sky, but in the lower lands, a place until then inaccessible and that many had only heard in legends.

The remastering brings graphical and playable enhancements that make the experience more comfortable on Nintendo Switch. We remind you that it was designed entirely for motion control, something that has been optionally moved with the Joy-Con and adds better detection or the ability to move the camera freely. You can also play with the traditional control if you prefer it or play in portable mode, although in our analysis we indicated that this way you lose that point that makes the game special.

The return of this 2011 classic

“The high definition finally gets its beautiful artistic direction justice done, the 60fps makes it outrageous, the camera can be freely repositioned, the motion controls detect our gestures more precisely and some have been introduced. how many much-needed quality-of-life improvements that speed up the pace of the adventure much more than it might seem at first, “we explained about the graphical improvements. “In short, the best version of a great game with which to discover one of the most important and exciting stories of one of the most revolutionary and magical series in the industry.” Although it is not the best installment of the saga, this is the most enjoyable version of the title. 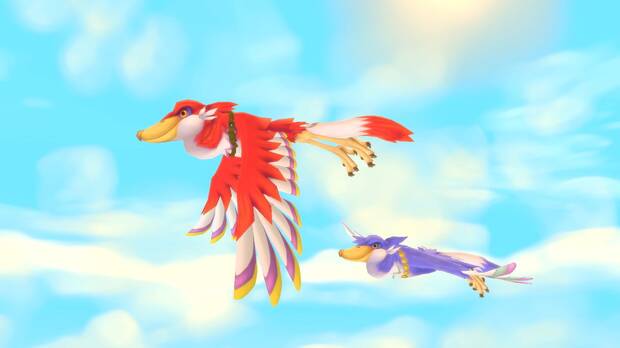 Dread Hunger: Un Among Us where you will have to betray and eat your friends to win