Nightdive Studios has shown seven new minutes of gameplay of System Shock Reboot, its revision of a cult game from 1994 that will arrive soon -end of summer- to PC, Xbox One and PlayStation 4. The remake seeks to give an experience similar to the original but with an atmosphere and graphic detail updated to the new times, in addition to improve gameplay and add other mechanics including a dismemberment system, which allows players to maim the mutants and cyborgs of the space station. You can also play with the lighting, turning off the stage lights and thus avoid enemies, or the option to enter cyberspace to open doors and defeat enemies protected in the real world by SHODAN artificial intelligence.

In this story, which bets on action and the role in the first person, we have to face a dangerous artificial intelligence that resides in a space station near Jupiter. In 2015 it was launched System Shock: Enhanced Edition, which was a remastered version with improvements in resolution and control, but without the deep changes that are promised in this remake.

Regarding the sound environment, the team mentioned their intention to enhance the atmospheric sound so that during the exploration your soundtrack has less presence. There are many other changes to enemy and weapon balances to make combat more difficult.

A project with years of development

Nightdive Studios’ 2016 campaign to fund this new version of System Shock It was a complete success: it exceeded its goal of $ 900,000 by raising $ 1.35 million. The original idea of ​​offering a remastering of the original game in Unity but it was giving way to an ever more profound reinterpretation and Unreal Engine 4, the technology of Epic Games. 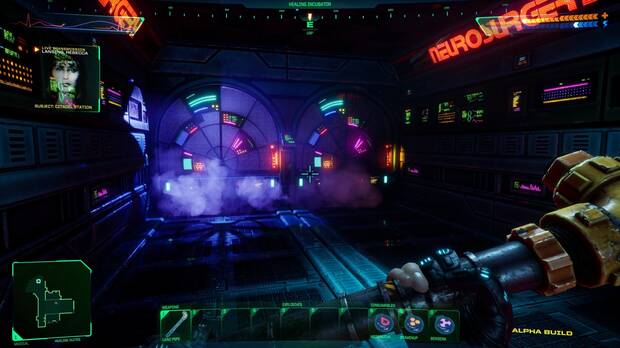 The Night's Watch: The Hinokami Chronicles presents new gameplay of their battles