Summer Game Fest 2021 returns this year as a virtual event, presented and organized by the journalist Geoff Keighley. We know that this festival will return next June 10 at 8:00 p.m. (Spanish peninsular time) with the Kickoff Live!, counting on a dozen ads from the hand of about thirty publishers. The celebration will run throughout the summer, sponsored by Amazon Prime Gaming, and can be followed through YouTube, Facebook o Twitch. During an extensive interview with VGC, Keighley shared a whole string of details than we can expect.

This year the fun begins with KICKOFF LIVE! a big world premiere showcase show with @weezer performing, Day of the Devs w @ iam8bit and more!https://t.co/Hp7WuLrjXk pic.twitter.com/8QBhEeGXUl Geoff Keighley (@geoffkeighley) May 19, 2021

“We are excited to redo Summer Game Fest and continue in the wake of last year, where everything It was created in the middle of a pandemic“, begins by indicating Geoff Keighley, who is also the presenter and organizer of The Game Awards and of gamescom: Opening Night Live. “Feedback from fans was that they wanted everything to be more condensed and united. Last summer was a long one, with many different events, and this summer we are excited that let’s have a great program Kick Off What will we do on June 10?“.

In this sense, we can expect an event similar to what we can enjoy with TGA or Gamescom: ONL. “The great news is that many of the great games will come together in una gran presentacin en directo, similar a The Game Awards o Gamecom: Opening Night Live, with lots of games, live music and things like that to kick off the summer, “Keighley details.” That’s something new, whereas last year was extended and there were unique events in singular games, but now they will have 20 or 30 games together in this great show. I hope that answers the requests of the fans! “

An event the size of The Game Awards or Gamescom: ONL

One detail Keighley also highlights is that games as a service will have a strong presence at this event: “Every quarter we have a great time for the industry, with everyone gathered under one roof. And what I’m really proud of with this year’s Summer Game Fest is that a lot of games as a live service will participate in the event. The industry is evolving, and I am very excited to have games as a service involved in what we are doing. “

As for advertisements, what can we expect from them? Keighley does not make any disclosures, but does anticipate the following: While he is excited by the announcements of the event, he asks players to be “careful” with their expectations. “I think there will be some important announcements and some highly anticipated things that will be a part of June.. I think there will be some good matches that we will see, but also be careful with expectations of those things that have been delayed. I know fans want to get back into the full onslaught of true E3 madness, and I think there will be good things, but I think it will take a little time for things to get better“.

“The fans should be excited, but also be realistic with their expectations.”

In this way, Keighley concludes with the following: “I think fans should be excited about this summer, but also be realistic with their expectations. Although that is something that will never happen. “As I know you are thinking about the same thing as me, since GameSpot Keighley was asked directly for Elden Ring, the long-awaited game from FromSoftware: “He said that the announcements and revelations will be of a caliber worthy of his time and investment,” notes the medium. 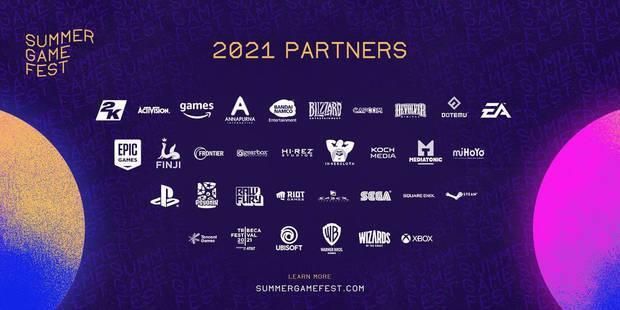 Not to miss a single appointment in the video game sector this year, we invite you to consult our report: while E3 2021 will start on June 12, other simultaneous events will also be held, such as Ubisoft Forward, el PC Gaming Show, el Steam Next Fest and still others to be announced.