Valve does not sell the FMV game -full motion video, or game with live-action scenes- Super Seducer 3 and Steam. Its creator Richard La Ruina confirms the news and has shown the messages from Valve where a review of the content or censorship is requested, as criticized. The truth is that the saga has already had several problems in the past, and the case of Steam is not unique, because last month Epic Games and GOG also rejected its sale, while the PlayStation Store sold the original in 2018 but was later withdrawn.

Super Seducer 3: The Final Seduction, which at the time of its disappearance from Steam was followed by almost 62,000 users who had it on their wish list, promise to be the ultimate dating sim. The player should learn new seduction tactics for their dates, with the possibility of looking for humorous comments and exploring different options and endings. It is not very different from other narrative adventures, except that the objective is to woo a series of girls with different personalities.

The demo had also been removed

The problems between La Ruina and Steam come from afar, as Steam does not publish games with “sexually explicit images of real people”, and the demo had already had issues when it was released on Steam Game Festival of February 2021: barely lasted an hour before being eliminated. Steam then advised La Ruina to submit a censored version of the game to consider its release, scheduled for February 15. La Ruina effectively made certain changes to ensure his departure and comply with the law, advised by a lawyer, but in the screenshots shown we can see that this did not work. The Ruin offered to remove the troublesome clips and asked Steam for another chance, but Valve decided not to release the game or to review it again.

Steam have BANNED and removed Super Seducer 3 from the store. They will not allow it to be released in any form.

Prior to this they told me expect either “approval or feedback”.
We repeatedly said wed do whatever they needed pic.twitter.com/hVuDcvzL2n— Richard La Ruina (@RichardGambler) March 20, 2021

“Surely you can imagine the costs of creating this game and the amount of people involved”, defended himself in the exchange of messages with Valve about the sudden decision. “We think we don’t have an alternative to launching on Steam, we’ve spent the last few years telling people to add it on Steam. Wish lists give us feedback from players and we haven’t had any precise feedback on what’s wrong.” .

The saga has previously been criticized for encouraging bullying behavior and macho attitudes., but commercially it has sold well on Steam and there are many broadcasts of Super Seducer that appear on platforms streaming like Twitch. At the moment its creator has not commented on alternatives for its sale. 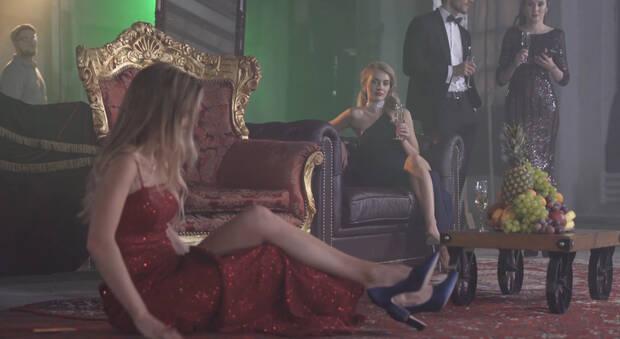