After some first rumors last May, today it has come true Steam Deck, a portable console of Valve that will allow us to play our Steam library anywhere, on a 7-inch screen at 1280×800 resolution, offering with its AMD Zen 2 + RDNA 2 APU a raw power of 1,6 teraflops, similar a una PS4.

The North American portal IGN has been able to test the console exclusively, as you can see in the following video, in which some games are shown in her, both in her portable mode as connected to a monitor, something that we can do through a dock, a docking station that will be sold separately

In this video in addition to seeing some games in operation like Portal 2, Hades, Death Stranding O Control, It also shows us in detail the buttons of the console as well as the Steam store menu, which will be installed as standard, although we can install any software or operating system, since it is an open system. 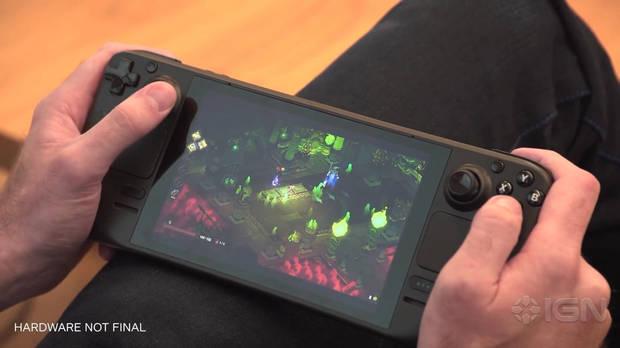 In your impressions, IGN comments that they have been able to test games as demanding as Doom Eternal O Star Wars: Jedi Fallen Order a 720p, and that everyone they worked without problems.

They also comment that despite what it may seem at first, due to its large size and the arrangement of buttons, it is played very comfortably, although that is something that we will have to wait for more opinions to know to what extent it is true, but it seems that they have learned from their experience with the Steam Controller, which passed with much more pain than glory through the market.

This Friday, July 16, we can reserve it

This Friday from 7:00 p.m. (Spanish peninsular time) we can reserve Steam Deck at three models Different types, which have the same power but different type and memory capacity, are the following:

Steam Deck will be an open system: we can install any software or operating system