Spider-Man: Miles Morales de Insomniac Games has been updated on PS4 and PS5 with a new free suit, Advanced Tech Suit, plus some bug fixes and fixes. In the case of PS5, a new realistic muscle deformation technology is also introduced. in certain Spider-Man suits. Miles’s Adventure was released on November 11 and was one of the first games on the PlayStation 5, a version that includes various graphical improvements over the PS4 version, such as 60 fps performance mode, effects ray-tracing, virtually non-existent loading times and optical response on the DualSense.

The technical director of characters in the studio, Josh DiCarlo, has explained a little more the technology of this update which, in short, consists of simulating the musculature of Miles inside the suit, adapting the appearance according to the movements of the character so that, for example, when flexing an arm it has a more realistic appearance and the effort being made is appreciated. “We have simulated the whole character from the inside, using techniques previously only available in film effects. Every deformation you see on the surface of the suit is the result of the simulation of muscles and fabric. “He also points out that it is something that is best appreciated in motion, especially in the closest shots and sequences.

For those asking about @insomniacgames new physically-based muscle and costume deformations in #MilesMoralesPS5, best experienced in motion, but here are a few side-by-side photomode grabs, illustrating before & after muscle and costume simulation. pic.twitter.com/UvfWG7oM5h— Josh DiCarlo (@thejoshdicarlo) March 30, 2021

We’ve fully simulated the entire character from the inside-out, using techniques previously only available in film. Every deformation that you see on the surface of the costume is the result of muscle and cloth simulation.— Josh DiCarlo (@thejoshdicarlo) March 30, 2021

Miles Morales is the protagonist of this story

“Marvel’s Spider-Man: Miles Morales is a great action game that keeps all the good things that we liked so much about the 2018 title to tell us a new story, that of the second Spider-Man, the charming Miles Morales “, we told in the analysis. The game takes us back to Manhattan where we will live new adventures with enemies better prepared than ever; Fortunately, Morales has unique abilities different from Peter Parker, like a camouflage that makes it invisible or a paralyzing discharge. 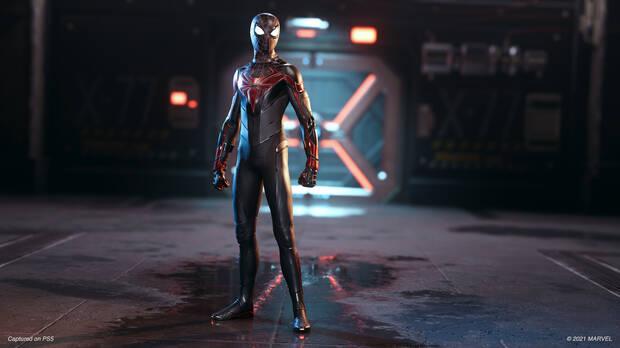