The first set of Sonic the Hedgehog for Mega Drive was released on June 23, 1991. LSega’s mascot celebrates its 30th anniversary today with the debut of a game that was key to the success of the company’s consoles during the 90s, and that throughout the years has expanded with games in 3D and 2D, a multitude of spin-off, live-action film -with the second in preparation-, animation series, comics and merchandising products, becoming one of the most recognizable characters in the industry.

Heres to 30 years of amazing adventures, journeys across planets and zones, and all the wonderful friends made along the way.

The first Sonic was born in response to the success of Super Mario on Nintendo consoles. After several options of creatures and playable concepts that we review in our extensive report on the 30 years of Sonic the team will decide on a hedgehog that runs at high speed and that fights against Dr. Robotnik, an evil scientist who is turning animals into robots and seek the power of the Chaos Emeralds. Its color and “rebellious” personality were reminiscent of the blue brand, so it quickly became a Sega emblem.

In a very risky strategic move by Tom Kalinske, then president of Sega of America, the 16-bit console was accompanied with its best game, replacing the previous pack with Altered Beast. In this way, players acquire Mega Drive with the star game, something that made the system much more popular than Master System and managed to stand up to Super Nintendo in some markets: it doubled the sales of the rival console at Christmas 1991, when nobody had managed to wrest the sales lead from Nintendo since 1985. 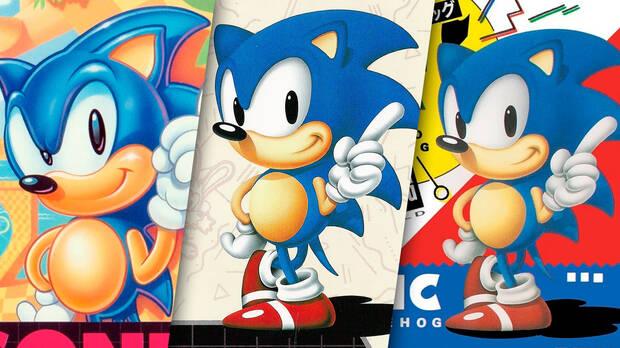 The first Sonic excelled in both playable and technical aspects. Precise control even at high speed, phases with alternative routes, secrets and a lot of replayability are just some of its hallmarks. “Areas like Green Hill They are part of the collective jugn, and it is a classic phase reinvented in each installment. Labyrinth Zone It is an intermediate phase in the list of levels, but without a doubt one of the most complicated due to Sonic’s slowness in the water and the constant countdown of drowning. Y Scrap Brain, with its sharp saws, transporters and lightning bolts. Little to add or take away, it was a very round game in every way. Undoubtedly, a debut that marked little“, we counted on our special. The platformer was also a demonstration of what the” new generation “could do: detailed and highly colorful graphics, scroll shocking, twist sprites, a high frame rate per second and all accompanied by the unforgettable music of Masato Nakamura.

Of course this was only the beginning. 8-bit systems will not be orphaned of Sonic thanks to versions for Master System and Game Gear that are based on the same idea and concepts, but with different zones, a story located after the view on Mega Drive and some music created by Yuzo Koshiro, who adapted some original themes and added others. new.

The new Sonic: looking to the future and the past

Sonic It still has a lot to say today. September 7 arrives Sonic Colours: Ultimate, a remastering of the Wii 3D game. The more classic fans can also get hold of Sonic Origins, a collection with Sonic the Hedgehog (1991), Sonic the Hedgehog 2 (1992), Sonic CD (1993) and Sonic 3 & Knuckles (1994). And for players who want new adventures in 2022 we will see a new title – rumors call it Sonic Rangers– to lay the foundation for the upcoming Sonic: an open world with platforming challenges, bosses and puzzles.

FORTNITE: New Items and Skins from the Daily Shop - June 23