Sonic Colors: Ultimate launches September 7 on Nintendo Switch, PS4, Xbox One, and PC. This is a remastering of the Wii original on modern platforms with a host of content and graphics enhancements from Blind Squirrel Entertainment. A few days ago Sega reviewed these modifications with a comparative video in which we can appreciate the polished details and the new modes it offers; These improvements include resolutions of up to 4K and 60 images per second. It was taken for granted that the Nintendo Switch would not reach such a high resolution, but it seems that also not work at 60fps: The version of the video released by Nintendo has removed this enhancement.

Below you can see the original video that will cover all platforms:

This is the Nintendo Switch specific version posted on the Nintendo channel, where it talks about improved lighting and graphics but with resolution message and frame rate edited.

Sonic Colours: Ultimate It will run on Switch at 30 fps, the same speed as the original on Wii. Although the Nintendo console has many other 60 fps reissues of that platform, as is the case with The Legend of Zelda: Skyward Sword HD, it seems that in this case the improvements in detail -the aforementioned lighting- have made it difficult to achieve a framerate more fluid. 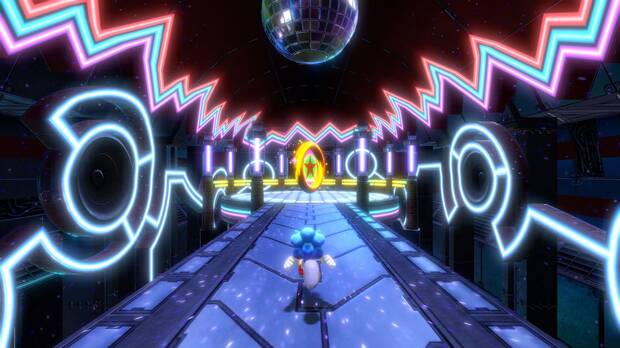 “The evil Dr. Eggman has built a gigantic interstellar amusement park full of incredible rides and colorful attractions, but he feeds it with a captured alien race called ‘Wisps'”, says the story of this Sonic, one of the most lauded 3D platforms featuring Sega’s mascot of the last decade. Unleash the Wisps and learn the secrets of their powers as we explore six unique colorful worlds, each filled with dangerous enemies and obstacles to overcome.

Final Fantasy 14, so popular that even its digital version has sold out