The editor Focus Home Interactive has announced that SnowRunner reach Nintendo Switch the May 18. The version for the hybrid console include all content They have the PlayStation 4, Xbox One and PC versions. The images of this version published by the firm, which you can see at the end of this news, exemplify the visual commitments they have had to make to bring the snowy open world to the Switch circuitry.

Focus Home Interactive ensures that “More news will be offered very soon”As there are no details on whether the Switch version will have any exclusive functionality or on the performance of the game in the hybrid. It is also not known whether port the original developers are in charge, Saber Interactive (responsible for moving The Witcher 3: Wild Hunt a Switch) or another studio. There is not even a trailer that demonstrates what it is like to play the title on this machine.

Trucks, an open world and many obstacles along the way

SnowRunner is the last installment of the saga MudRunner, a series of games of open world where players have to travel from point A to point B to make deliveries with your huge trucks. For this they will have to deal with realistic physics, with the optimization of the vehicle and with the use of different gadgets to survive the mud, snow, narrow roads and the many obstacles that will slow down the journey.

“Prepare for beat mud, rushing waters, snow, and frozen lakes while tackling dangerous contracts and missions on the go, “says Focus Home in a press release.” Expand and customize your fleet with many upgrades and accessorieslike a heavy-water exhaust pipe or slip-resistant chains to fight snow. “ 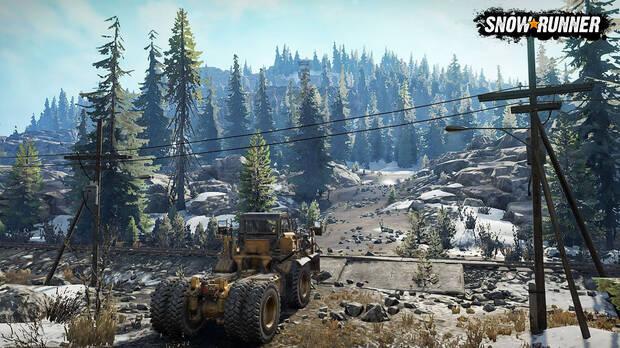 In our analysis from the Xbox One version we said: “[…] There is much to discover and enjoy in SnowRunner – from choosing the right truck to putting the right gear in gear, to deciding the least dangerous route with the most suitable settings for it, to riding the snowy roads of Alaska at night on the way to the next. service station “.

Goodbye to terror: Amnesia: Rebirth is updated with a mode without monster attacks