“Dead or alive, you will come with me.” In 2019 Teyon launched Terminator: Resistance, a game based on the world of the movies of Terminator -especially the first by James Cameron-, entertaining although somewhat limited by your budget. Now the developer, Teyon, repeat the move with another well-known license from the big screen: Robocop, the relentless half-human, half-machine cop that Paul Verhoeven brought to the cinema in 1987 with Peter Weller in the role of its protagonist, thus beginning a list of sequels and reboot in 2014 directed by Jos Padilha, plus another production in progress. Nacon post RoboCop: Rogue City on unspecified consoles and PC -Steam- in 2023; Terminator: Resistance debuted in the last generation and was later adapted to PS5.

We know little about RoboCop: Rogue City Except for a short description, concept art, and a first teaser. The title will allow us to control Alex Murphy turned Robocop with the mission of dispensing justice in the dangerous streets of Detroit, controlled by criminal gangs, with the faithful company of our Auto-9, a superhuman strength and a large arsenal at our disposal. It is confirmed to be a first-person shooter and, as in some of the movies, we will be able to discover the truth with the power to decide our priorities beyond what is programmed into our chips. “Advance carefully because corruption and greed know no limits,” we are warned.

A cult movie with more than just gore

Robocop is an action and science fiction film that stood out for a high degree of violence and satric content, thanks to which he showed a message against corruption and the power of big companies under all the blood and viscera that dot his footage. After its success came RoboCop 2 (1990) and RoboCop 3 (1993), comics, animated series -with the reduction in violence-, merchandising and video games, although most during the time of most popularity of the movies: the 1988 arcade adapted to ZX Spectrum and Game Boy or even the 1994 RoboCop Versus The Terminator crossover inspired by the comic of the same name. The RoboCop game released in 2003 by Titus Interactive, a first-person shooter, had a poor reception and ended with the closure of the studio. 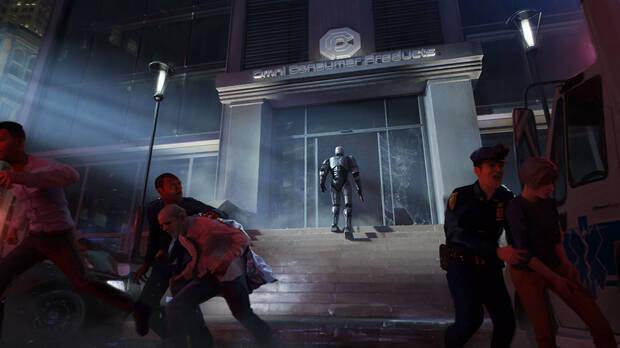 Although it is true that decades ago Robocop it is not adapted to video games, recently we have been able to play with it as part of the Mortal Kombat 11 where deal punches and ammo with other action movie legends: Terminator and Rambo.

The Last of Us: The HBO series will have 10 episodes in its first season