Resident Evil: Infinite Darkness ya is available on Netflix. “Years after the chilling events in Raccoon City, Claire and Leon are involved in a sinister conspiracy when a viral attack sweeps the White House,” says his summary about the new incident that the protagonists of Resident Evil 2. Its four episodes have an approximate duration of 25 minutes and will reveal a new plot that will naturally have a connection with biological weapons. Capcom has included it within the activities of the 25th anniversary of the survival horror saga.

The series is made with CGI animation thanks to Tokyo Movie Shinsha (TMS) and Capcom, while the company CGIDesam has been in charge of bringing the project to life together with Quebico. Directed by Eiichir Hasumi, Resident Evil: Infinite Darkness It is presented as an adventure “pica, of terror, action and suspense” where we will take refuge again in the elements of the videogame saga: zombies, action, and the occasional scare with mutant creatures.

Leon and Claire, who we recently saw again with Resident Evil 2 Remake, are involved in this new conspiracy all over the world. While Leon’s mission will be to investigate unauthorized access to the files of the President of the United States, Claire will now work for the TerraSave organization. However, together they will have to join forces again as soon as the zombies enter the scene.

You have once again entered the world of survival horror…

As part of the #ResidentEvil25thAnniversary celebration, RESIDENT EVIL: Infinite Darkness is available to watch now on #Netflix!

This is a special wing for Resident Evil Y Infinite darkness not be the only project in the saga -to which of course must be added the launch of Resident Evil 8: Village-. Resident Evil: Welcome to Raccoon City premieres in November and recovers the live-image adaptations, but unlike the films starring the actress Milla Jovovich this time it will be much more faithful to the first two games, both for its characters and the scene of the action.

“In the once burgeoning home of the pharmaceutical giant Umbrella Corporation, Raccoon City is now a dying Midwest city. The company’s exodus left the city on a wasteland … with a great evil brewing beneath the surface. that evil is unleashed, the townspeople change forever … and a small group of survivors must work together to discover the truth behind Umbrella and spend the night, “according to his synopsis. 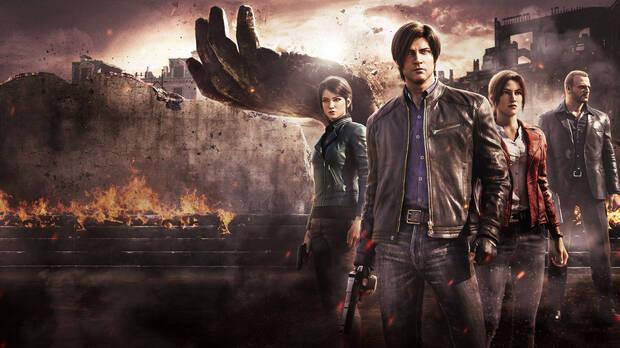 GAME Spain starts the 'It's summer' offers with discounts on games, consoles and much more