The complex fauna of Red Dead Redemption 2 was one of the elements to highlight when we were waiting for the launch of this title, which debuted in Spain and around the world last October 2018. The Rockstar game, which immerses us in the American West in which we become a Outlaw gunslinger of the year 1899, has more than 200 species of animals that are located in the game based on climate and habitats. The ecosystem is rich and alive, and has ended up attracting the attention of academic institutions themselves. The University of Exeter in England has highlighted that the game “teaches” players about American wildlife.

Red Dead Redemption 2, a game that watches over nature

“The various habitats and climates of Red Dead Redemption 2 albergarn about 200 species of animals, birds and fish, each of them with its own behavior and unique response to its natural ecosystem “, pointed Rockstar at the time of presenting the details of the game. And they have not been wrong. In fact, this section of the title is so rich and careful that even has given birth to a new role for gamers: that of Naturalist.

Thanks to this work, the University of Exeter has highlighted what was indicated by a new study published in People and Nature, which have been carried out in collaboration with Truro and Penwith College: players are able to learn about the wildlife of the United States thanks to this sequel. To carry out this investigation, they challenged the players to identify photographs of real animals, which they were able to solve thanks to what they saw in the video game. In total, 586 people from 55 countries participated, of which 444 had played RDR2.

Players who passed the campaign were able to identify more animals

The players of Red Dead Redemption 2 They were able to identify an average of 10-15 American animals by taking a multiple-choice questionnaire. A figure that was three times higher than the results obtained by those who have not played the game. Those who managed the best were the players who had completed the main story of the game (meaning they had played for at least 40-50 hours) or they had played more recently.

“In addition to learn to identify wildlife, some players reported learning about behavior and ecology of animals, “add the researchers.” A player who participated in the study said that RDR2 taught them how to detect a ram that is about to charge, adding: ‘It’s no joke, it saved me from breaking my leg in real life’“.

“The level of detail in Red Dead Redemption 2 is famous for being elevated, and that is certainly the case in terms of animals“says Dr. Sarah Crowley of the Center for Geography and Environmental Sciences at the University of Exeter.” Many of the animals not only look and behave realistically, but also interact with each other. Possums pretend to be dead, bears charge for the lantern and eagles hunt snakes. “

In fact, players have the chance to even see extinct animal species: like Carolina’s parakeet. “Hunting plays a role in the extinction of the Carolina parakeet; if players shoot this species in game, they are warned of its endangered status. If they continue to shoot, the species becomes extinct, highlighting the environmental consequences of the players’ actions“says study co-author Dr. Matthew Silk. 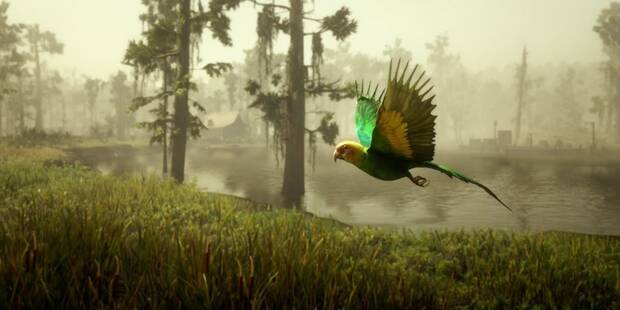 “We don’t expect big-budget games to include conservation messagesBut educators and conservationists can learn from the techniques used in games. (…) Our findings show that games can teach people about animals without even trying, “continues Ned Crowley of Truro and Penwith College.” Games are very popular and environmentalists and conservationists should take them seriously as a communication force“.

In the case of the Naturalista role, Rockstar’s own team counted vandal The following regarding the emphasis they place on conserving game species: “We wanted players to make important decisions and that think about the consequences of their actions by tracking down legendary animals, “noted Scott Butchard, director of world and content design.”It was a way of giving relevance to the role of animals in the game, apart from serving simply to be killed and skinned. “

LeBron James arrives at Fortnite on July 15: this will be his skins