NIS America, developer of Prinny Presents NIS Classics Volume 1, has announced that the new compilation pack arrive in Europe on September 3, 2021, while in North America it will be released on August 31 and in Oceania they will have to wait until September 10 of this year.

Prinny Presents NIS Classics Volume 1 It is a compilation of two games: Phantom Brave: The Hermuda Triangle Y Soul Nomad & the World Eaters, which were released in 2011 on PSP and 2008 on PS2, respectively. Both games have notable improvements regarding their gameplay system, technical section and they bring with them all the downloadable content of their original deliveries. Phantom Brave is set in 913 in a fantasy world called Ivory and is starring Marona, a 13-year-old orphan girl with special abilities to communicate with ghosts. Soul Nomad, for its part, develops its history in the continent of Benefit, a land ravaged by wars of the past that faces a new threat after the death of Lord Median the Conqueror, the man who ended the conflicts 10 years ago.

As indicated in the title of the game itself, this is the first volume of a collection which aims to revitalize and update various role-playing and strategy classics for a player from the PS2 Y PSP. It is estimated that the two games included in the first volume add up to a total of 60 hours duration. It is necessary to highlight an important fact, and that is that both video games are dubbed into English and Japanese and the texts are in English, without the possibility of changing them to Spanish. This compilation is ideal both for veterans who already know the original games, and for those who are delving into their stories for the first time. 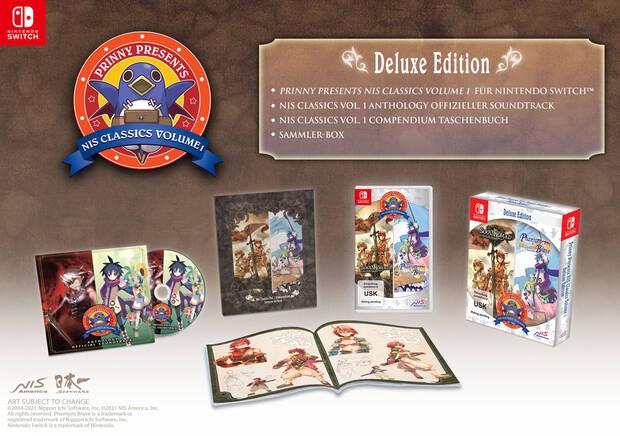 The Volume 1 bring a exclusive edition in physical format which includes a CD with the soundtrack of the two games and an art book full of illustrations. The limited edition can be reserved through this link. If you need more information about the game, you can visit the official page. Did you play both installments at the time or are you one of those who are going to experience them for the first time in this remastered version?

Horizon 2 Forbidden West: An official video sets its release for the second half of 2021