PlayStation Talents is a program that has brought together different Sony initiatives for a few years to support Spanish education and development. With the production of Play Plates In 2008 for PSP Sony began to be interested in creating some games for its platforms with national studios and in 2014 it created the PlayStation Awards for small studies, university students and young people and, a year later, configured Talents, which includes five different initiatives: Future Talents to bring video game creation closer to high school students, First so that university students know the PlayStation platforms, the aforementioned Awards, Games Camp to help studies that begin in different cities of the country and Alliances for already consolidated studies.

On Friday night PlayStation Talents unveiled the nearly 20 games it is working on in 2021 at a digital event called The Moment, which you can see below:

Each year, PlayStation chooses several studios to provide them with space to work for a year, access to PS4 development kits and publication on their platforms, and a marketing campaign in the brand’s media. It is designed for Spanish companies that have invoiced less than 100,000 euros in the last year and there must be game designer, artists and programmers in the studio.

The only game that takes place this year at Games Camp Barcelona is set in a dystopa in which the world we know has fallen apart, you cannot live on the surface of the planet and only 1% of the world’s population has survived, Furthermore, he must live underground oppressed by a corporation, but echoes of a revolution are beginning to be heard. 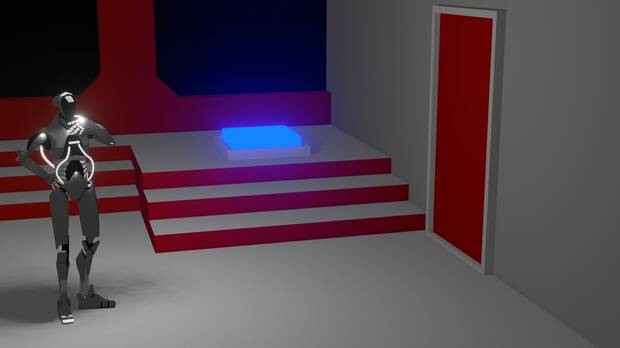 One Last Breath was born in Navarra, in the CreaNavarra Superior Design Center. In it the protagonist, Gaia, is a humanoid being who lives in a devastated world in which there are hardly any remains of life, a world that conveys a sense of loneliness and danger. Its creators want to convey the idea that human beings must live in harmony with nature. It has no release date

The Zaragozans of Entalto Studios are working on a PSVR project of races, as the name suggests, in which nen predominates and in which the studio has included its own flight system that allows the player to move freely and, says Entalto Studios , free from dizziness at high speeds. Players will compete to top the timesheets. It is scheduled to launch this year.

The Library of Babel, by Tanuki Game Studio

In The Moment we could see a new trailer for The Library of Babel, which was part of the Games Camp. It is a curious combination of graphic adventure, platforms and stealth with a mystery story. It is drawn by hand using traditional animation techniques and is set in Babylon (Mesopotamia) in the year 20,000. It will be out soon.

Do not Open, de Quasar Dynamics

Another game that was part of Games Camp in Valencia last year is inspired by the great horror authors such as Edgar Allan Poe, HP Lovecraft, Clive Barker, Stephen King, Guillermo del Toro or Ari Aster. In the trailer for The Moments a voiceover talks about the voices he hears in his head and what happens in the house where the game takes place. It is scheduled for release in the fall of this year.

Wukong, de a Tale of Games

One of the games that was part of Games Camp Barcelona in 2019 is moving towards its launch. It is a 3D action platformer based on the classics of the 90s genre. The protagonist, the Monkey King, must look for some ancient scrolls in the Western Kingdoms. To face his enemies he uses his staff, with which he can also create platforms to advance.

Based on the Chinese legend of the monkey king, it is an action adventure in which the protagonist found his bones in prison after abusing the crown. One day he escapes and tries to cleanse his past by recovering the lost Buddha manuscripts on a journey to the western lands. There are puzzles and lots of combat, with auto park zones. I was part of Games Camp Madrid in 2019

Operation Highjump: the Fall of Berlin

Players nostalgic for non-stop arcade action should keep an eye on this 2D action run & gun with tactical touches where you have to eliminate all the Nazis you meet along the way with an old-school gameplay and a daring humor. Will go on sale in 2022

Several PlayStation Awards are awarded each year, open to companies that meet the same requirements as for the Games Camp. The outright winner gets € 10,000 in cash, the game’s release on PlayStation 4, access to the PS development kits, a Sony media marketing campaign, a physical space to work on the project for 10 months and computer equipment from HP. There are also prizes for other games in which a section stands out and that have the possibility of participating in the Games Camp program.

The winning double stick shooter of the 2019 edition showed in The Moment a new trailer of the adventures of the humanoid snail Clid “armed to the rdula”, as defined by its creators, in his attempt to prevent an invasion of slugs. In his mission, in which there is no lack of humor, Clid is accompanied by his friend Belu, a firefly, and uses a varied arsenal; You must use the right weapon for each occasion and choose the best combination of weapon, grenades and shells, since the latter grant different abilities to the protagonist. 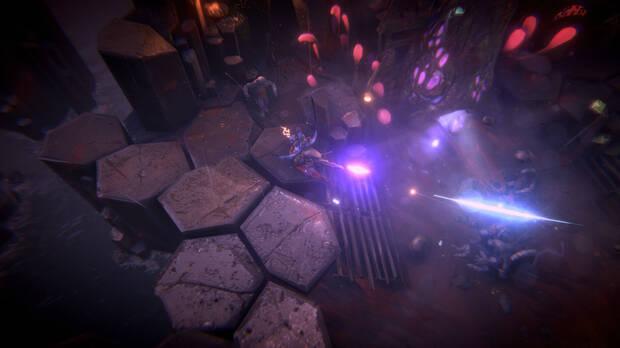 In 2019 Inner Ashes won the PlayStation Special Commitment Award for highlighting the consequences of suffering from early Alzheimer’s. The protagonist, Henry, has been diagnosed with the disease and tries to recover the memories that surround the history of separation with his only daughter. The settings have a dreamlike and evocative artistic style and are a reflection of the disease.

The winning game of the 2018 edition came out on PS4 a few months ago and this year it plans to launch an expansion that will be playable on PS5. It is the original adventure that we control a paper doll called Line that comes to life and that can be folded to become an airplane and glide. On his way he must avoid dangers such as a robot vacuum cleaner or sprinklers that can get him wet.

In the V Edition of the PlayStation Awards Twogether: Project Indigos got the award for Best Art Game. The protagonists are two children with special abilities who are imprisoned in the facilities of a large corporation. Each of them has a special ability that, together, can solve the puzzles that lead to freedom.

The winner of the 2018 PlayStation Award for Best Esports Game in Portugal is still in development. This is a multiplayer online drive and destroy with post-apocalyptic scenarios. Set in the last quarter of a century of the s. XXI takes place in a world in which humans must live hidden under the surface but need to go outside in search of resources, which ends in races in which armed vehicles are used.

The Many Pieces of Mr. Coo, de Gammera Nest

The Madrid studio Gammera Nest (Cloud) brings to the video game the work of the animator Nacho Rodrguez in an adventure point and click with a deep surrealist vocation in which you have to discover what happens to Mr. Coo and why he is chasing the apple.

The Basque studio Main Loop changes first-person horror from Submersed For a me against the neighborhood with the air of the classic arcade in which the I havego mafia tries to take control of the best restaurant in the city and throws a curse that turns food into demons. You have to choose between one of the four playable characters to clean up the city and get everything back to normal. It is already available.

One of the characters best known to the smallest of the house, Pocoyo, has debuted this year on PlayStation 4 and Switch with educational mini-games for children between 3 and 5 years old based on Pocoyo’s own visual language and transmitting universal values ​​such as respect, friendship, sustainability or healthy habits. It is for up to four players. 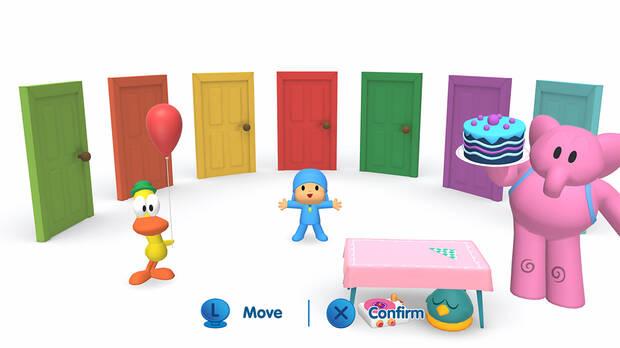 A hand-drawn 2D metroidvania coming out for PS5, PS4, and PC in December of this year. It tells a pica story in which the King of Darkness and the Queen of Light are condemned to fight each other until the end of time after the curse of the creator of the universe, Chaos. Offer platforming and combat elements with a customizable skill tree.

In addition to these games, The Moment showed other initiatives such as the PlayStationTalents Master in Marketing, Communication and Video Game Management in collaboration with the Complutense University of Madrid and Voxel School, the participation of PlayStation teaching responsible consumption of video games in the sports campuses that it organizes. the Real Madrid football club in summer or the development of Probe: A Game Dev Experience a serious game that Voxel Lab is developing to publicize what the process of creating a video game is like and that it will arrive soon on the PS Store, with compatibility for PSVR. Another game that was seen was Alba: A Wildlife Adventure, from ustwo games, an adventure based on exploration that came out a few months ago for PC and mobiles and is now coming to PS4 and PS5.

Grounded will receive fewer updates, but they will be bigger