Facebook has officially announced that it is testing Oculus Quest devices to introduce advertising within games and applications following the company’s experiments last month where advertising was shown on the mobile app. The first game to adopt this model is Blaston, a shooter $ 10, where ads will appear as part of the stage. Facebook will use the same customization tools that it uses on its social network – a Facebook account is required – which means that players will see advertising specifically targeted to their tastes. 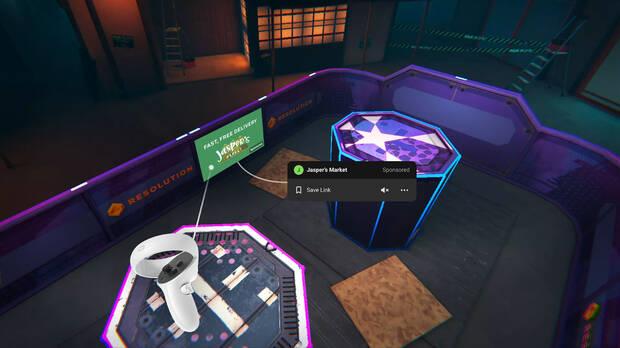 The company also clarifies that users can hide specific ads or all those from the same advertiser, and as in Facebook, preferences can be viewed in detail to better understand why we see a certain ad.

Advertising will help make the platform “affordable” and open up new revenue opportunities for developers, according to Facebook, who will add to existing systems: “We are exploring new ways for creators to earn revenue, this is a key piece to ensure that we are creating a self-sustaining platform that can support a variety of business models that unlock new types of content and audiences. ”

They will listen to the response of the community

During this period Facebook listen to the reactions of players, developers and partners for its better implementation. More details on its expansion to the entire Oculus platform and mobile application will be provided in the future, as well as a guide for businesses and developers interested in advertising on Oculus. “We are eager to hear what you think,” says the company. Facebook ensures that these ads will not modify its privacy policy and that the information collected will only be from interactions with the ads – whether they have been clicked on or hidden