ENDER LILIES: Quietus of the Knights It is available now on Nintendo Switch and PC. It is a fairy tale and dark fantasy with an approach metroidvania which publishes Binary Haze Interactive and develops Live Wire, Adglobe Tokyo and Adglobe Montreal Studio. On PC, due to update 1.0, five new hand-illustrated areas are added, bringing the total to eight zones – each with its environment, bosses and secrets. Its price is 24.99 euros and includes texts in Spanish.

In addition, the soundtrack is already available on the Spotify and Apple Music music platforms, as well as on the iTunes and Amazon Music digital stores, and on Steam as downloadable content; The music is composed by Mili, a veteran musical group with credits in anime series such as Ghost in the Shell Y Goblin Slayer, and rhythm games like Cytus Y Deemo.

“Upon awakening in a cathedral, fight to overcome the horrors that await you there, and step out into a cursed rain destroying the kingdom of Finisterra. Guide Priestess Lily beyond the undead, once happy residents of her land, into a mission to find the source of this rain of death and end it once and for all, “says the company. “Defeat old friends who have now become mortal bosses, free them from the curse to bring them to your team as companion spirits that you can equip. Combine these lost souls to create a ghostly bodyguard squad wielding massive weapons, magic missile showers, and other devastating abilities to overcome challenges and traverse a world painted in a dark Japanese fantasy aesthetic. “

A metroidvania with action and role

“ENDER LILIES has many inspirations, but the final product is a metroidvania The only one that appeals to fans of the genre while welcoming less experienced Action RPG players “says Hiroyuki Kobayashi, CEO of Binary Haze Interactive. players are enjoying the whole story now that it is in their hands. “ 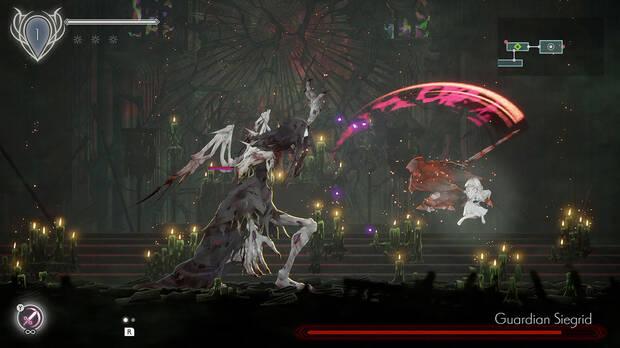