After months of rumors and speculation, Nintendo has announced Nintendo Switch Model OLED, with a planned release date of October 8th of 2021, the same day it is released Metroid Dread, in Spain and the rest of the world. It is a slight revision of the console available since 2017, with improvements among which the display, sound and Ethernet port. The power of the different versions is the same, and therefore all games are compatible. In this article we show you a comparison table of the technical specifications of the OLED machine, the standard and Nintendo Swich Lite.

The OLED model of the Nintendo Switch will have a seven-inch capacitive touch OLED screen. The size of the console does not vary slightly, but the black frames around the 6.2-inch screen of the original console have been reduced considerably to increase the space dedicated to the screen. The resolution, yes, remains: 1280 x 720. 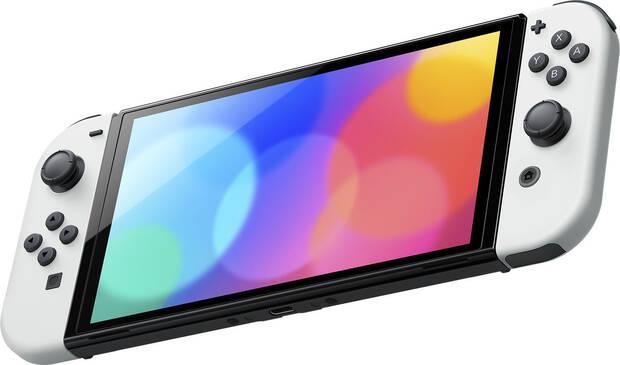 The most remarkable thing, of course, is the move from LCD technology to OLED. This will suppose a much higher contrast, which in turn results in more vivid colors and more lifelike blacks rather than shades of gray. OLED displays do not have a backlight, but rather illuminates each pixel on the screen individuallyso that they can be turned off completely when dark scenes are to be displayed.

is to see what is the outdoor experience like. In the case of OLED TVs, they tend to perform better in dark rooms than in bright rooms. Therefore, it will be necessary to check how well the screen looks under the sun of a park or a terrace.

The Nintendo Switch (OLED model) have “optimized audio”, according to the brief description provided by the Japanese company. From Nintendo they promise a clearer sound when playing in laptop mode and in desktop mode than with the standard model of the console, a system where quality audio is not among its main virtues.

3. The new base with integrated Ethernet port

The new base that bring this model of the console does not offer great differences. In fact, the Standard switch work on the new base (which can be purchased separately from the official Nintendo store) and the OLED Switch will work on the base of the original model. In addition to differences in color and a more stylized design.

The main novelty is the inclusion of a puerto Ethernet, which will help to have a more stable internet connection so that our games to Super Smash Bros. Ultimate Y Splatoon 2 do not suffer from lagazos. Until now, the only way to connect the Switch to the wired network was with an adapter. 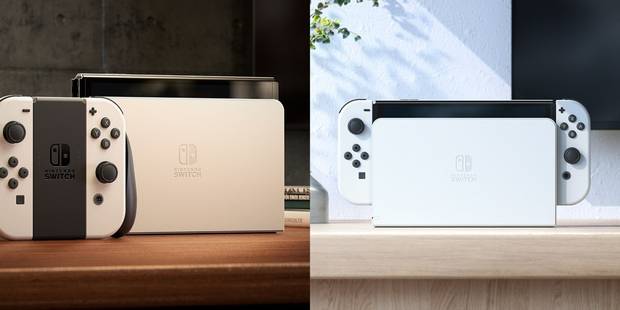 The HDMI output of the new dock is the same as the old one. That is, the maximum resolution will be 1080p, not 4K as rumored in recent months.

4. A more useful support to play in desktop mode

When Nintendo Switch was announced, a guy appeared playing in tabletop mode inside an airplane resting the console on the tray with the little leg on the back. If you have ever tried it, you will have found that the video was not exactly realistic: the paw is very unstable and the slightest movement shakes the console.

The OLED model of Nintendo Switch replaces the leg with a wide adjustable bracket similar to the Microsoft Surface. It offers more stability because it takes up the entire back of the console, but also more malleability because it can be placed at different angles, something very useful to avoid having to bend over to see correctly when placing the console on a low table, for example.

The cards microSD are getting cheaper and higher capacity (all Switch models are compatible with the microSDXC standard, reaching 2 TB). However, the internal storage is somewhat faster. That is why we appreciate the increase of the 32 GB (25.9 GB useful) that the standard model and Switch Lite have to the 64 GB (unknown how much the system will occupy) that the OLED model will have.

Fable: The new game will be 'very British' and will arrive before the Elder Scrolls 6

A new AI cheat program promises to work on 'any console'