Ni no Kuni It is a role-playing saga by Level-5 that has gone through different consoles and even portable, has expanded to animation and now has a mobile game. It seems that the latter is the brand’s most successful product, as Netmarble’s MMORPG has entered more than 100 million dollars in just 11 days, a figure achieved in less time than it took Pokmon Go, Fate/Grand Order O Genshin Impact which are some of the most successful titles on these platforms. At the moment Ni no Kuni: Cross Worlds is available in five territories.

Sensor Tower presents this record data – no game had managed to overcome the barrier of 100 million dollars in this period -, because Pokmon Go it took 12 days and Genshin Impact 13 days. Japan is the largest market for the game, where fans have invested more than 45 million dollars, while South Korea accounts for 35% of the revenue.

Even so, the game with the highest income during the week of June 10-20 was Honor of Kings from Tencent, but the difference is hardly anecdotal: $ 102.3 million. Ni no Kuni: Cross Worlds It can be downloaded in Japan, Hong Kong, Taiwan, Macao and South Korea, so outside the Chinese market it is the most successful game in the world. The third game on this list is PUBG Mobile, also published by Tencent, which brought in $ 80 million.

Be a lasting success?

The question now is to know if Ni No Kuni: Cross Worlds manage to stay in the top positions for months or years, as your competition has done. Role-playing games and 3D anime style is quite popular in Asian markets, but it is really important to compare its success with Genshin Impact and similar games is to check whether the performance is maintained in the long term. In any case, it seems that Ni no Kuni has found support never seen before thanks to the mobile market. 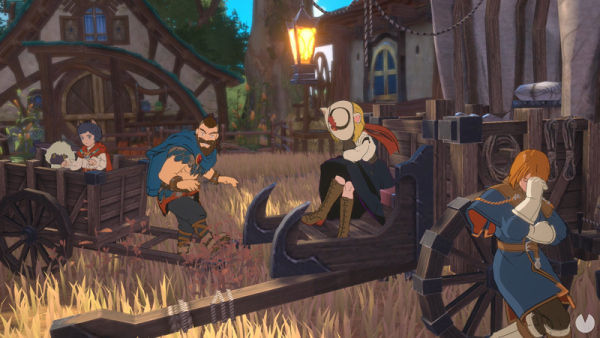