On July 27th, the expected NEO: The World Ends With You for PlayStation 4 and Nintendo Switch, and you can already pre-order it at Your Video Game Store for 53,99 . It is an action RPG sequel to the cult game The World Ends With You that brings a renewed look, new dangers and characters. You can discover part of what is coming in the available demo and reserve your edition in TTDV, available for Nintendo Switch and PlayStation 4, with free shipping costs.

Our protagonist, Rindo, must explore the heart of Tokyo to discover the secrets hidden in the sinister Game of Reapers. Be accompanied by other characters such as Coco, present in the previous game, Eijo Oji, a popular influence or Ken Doi, a former ramen cook, among others. We can control up to six characters at the same time to combine their skills.

NEO: The World Ends With You it is characterized by an eye-catching style of animation from the streets of Shibuya. The game mechanics are fast-paced, with incredible battles to defeat big monsters. In addition, it offers a soundtrack that will not leave you indifferent and will accompany you throughout the adventure.

“Apparently it was a day like any other in Shibuya, but not for Rindo. He felt that there was something different in the city,” says the synopsis of the story. “It doesn’t take long for him to be inadvertently involved in a telekinetic battle that takes place at the crosswalk. He barely has time to catch his breath when a slightly sinister girl steps in front of him and welcomes him to the Reapers Game. “ 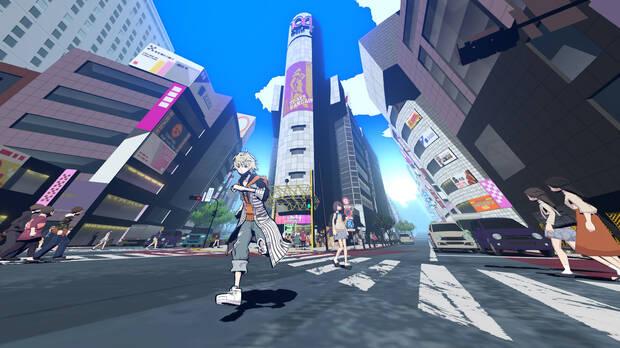