Mediaset has already accompanied some of his films with a video game in the past, this is the case of the first two productions of Tadeo Jones O Catch the Flag or, outside the world of cinema, the musical title Levntate All Stars or the mobile game four sports, but now the audiovisual group has decided decisively expand into interactive entertainment with publisher Mediaset Games, currently working in his first three titles: Malnazidos, Way Down Y Thaddeus Jones 3: Curse of the Mummy, all developed by the Madrid studio Gammera Nest (author of the series Cloud).

Malnazidos, cooperative action against zombies in the Spanish Civil War

The first game to come out with the Mediaset Games label will be Malnazidos, accompanying the film of the same name which is one of Telecinco Cinema’s projects for 2021. It is an action game starring zombies and nazis and set in the Spanish Civil War. The film to accompany the game is directed by Javier Ruiz Caldera and Alberto de Toro and has a script by Jaime Marqus and Cristian Conti from the novel Night of the 38 by Manuel Martn Ferreras when we have the information. Gustavo Maeso, head of video games at Mediaset, explained in the online presentation of the new video game publisher that almost from the beginning the studio “has been able to contribute things it wanted” and added that there are “things that cannot be counted in the movie, but it’s from a video game. ” As, the video game recreate the main scenes of the film and its most important characters in the two sides confronted in the contest, the Francoist troops and the Republicans, and their common enemy: the zombies that invade the trenches in the Battle of the Ebro, but It will also include content that will not be in the movie.

Malnazidos arrive the next months to PS4 and PS5, although a future release is planned for PC, like the other two games announced today since, for now, Mediaset Games walks hand in hand with Sony for both the film and the game, in this case through the program PlayStation Talents that Sony has in Spain to promote local development. Roberto Yeste, head of Public Relations, Partnerships and Business Development at Sony Interactive Entertainment Iberia has pointed out that the work between the two companies has been “super simple, agile and strategic”. David Sanz, Director of Content for Digital TV at Mediaset, has stated that, in addition to having a strategic partnership Sony and Mediaset, in this case it made sense that there would be an agreement with the PlayStation Talents program to support local development, “We walk very comfortable with Sony and we will continue walking with them”, Sanz has affirmed, although he has also affirmed that they are aware that each video game platform has its own audience and that there are certain intellectual properties that can be better adapted to platforms other than PlayStation. 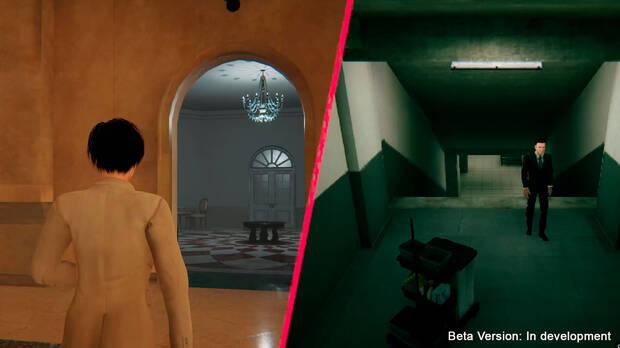 Way Down, a stealth and infiltration adventure in which we have to assault the Bank of Spain

Way Down is related to the film of the same name directed by Jaume Balaguer and with an international cast in which a group of thieves pretends enter the bank vault of the Bank of Spain during the 2010 World Cup final in South Africa. The game will focus on the stealth, infiltration and puzzles. The objective is get hold of Drake’s treasure, to be deposited in the Bank of Spain only for 10 days. This time, the player control different characters with different abilities, from the engineer Thom Johnson to Lorraine and his ability to disguise himself or Klaus, able to control computer systems. It will be released exclusively for PlayStation 4 and PlayStation 5.

Thaddeus Jones 3: Curse of the Mummy will be published next to Enrique Gato’s third film produced by Lightbox Animation Studios, 4Cats Pictures, Ikiru Films and Telecinco Cinema and take players to the moment when Thaddeus discovers an Egyptian mummy in ancient Mexico which awakens a curse that will take the well-known adventurer to travel all over the world to save the lives of his friends.

Manuel Villanueva, General Director of Content at Mediaset, has stated that the producer is aware that video games are an important part of entertainment and that they occupy “the leisure time of the younger public” and that the creation of this game production company “was the way to broaden entertainment with the contents” of Mediaset. The idea was born after the premiere of the film “Un Monstruo Viene a Verme” and, said Ghislain Barrois, CEO of Telecinco Cinema, “we want to have a product that supports it from outside the film.” The production of “Malnazidos” was starting and The comment came up on several occasions that it looked like a video game, So those responsible spoke with Sanz to see if it was possible and he considered it a feasible idea, so they began contacts with PlayStation. “We are focused on the video game being faithful to the film without gutting it and we are very proud of both,” concluded Barrois. 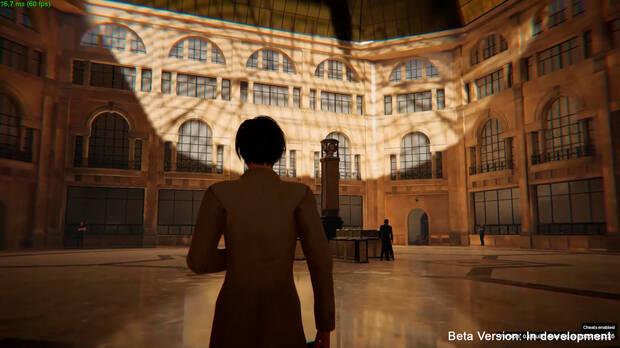 With the creation of Mediaset Games, Sanz pointed out, it is intended “to move such a large community of viewers and followers from the Mediaset world that not only can they see us on the screen, but they can interact with our stories. There are millions of stories that come from fiction and also all the programs that bathe Mediaset’s programming. “Those responsible for the production company have pointed out that everything is yet to be written on the path to take this product diversification from Mediaset to other media. This opens the possibility for Mediaset Games to publish video games based on other programs or contests on its television channels later on.