BioWare has shared more details about the changes it will have Mass Effect: Legendary Edition regarding the Mass Effect, Mass Effect 2 and Mass Effect 3 published in the generation of PS3 and Xbox 360. The American media IGN has supplemented that information with a video with original footage from this remastering for PS4, Xbox One and PC where the developers specify more precisely the changes they have made to the trilogue, focusing especially on the first installment of the saga.

Visual changes are most noticeable in Mass Effect that in the two sequels: renewed textures, special effects have been added and the color palette has been unified with respect to Mass Effect 2 and Mass Effect 3. An appreciable improvement being in the loading times. In the video they do not specify in which system the gameplay, but whereas in the original an elevator transition took 52 seconds, here it takes 14.

The first title also has numerous improvements in the gameplay. What enters through the eyes directly is the revamped interface, something that also applies to inventories (several items can be marked to turn them into omni-gel) and in stores, to make the buying and selling process more agile. In addition, the character creator added more hairs, skin colors, and other modifications that weren’t even in the aftermath; this character can be exported to the second and third parts. 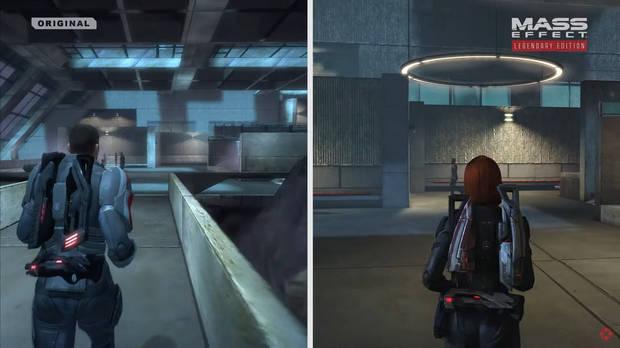 Variations of the Mako they are remarkable. BioWare has modified its physics to match looks more like a tank instead of an unstable car, although they claim that it is still slightly buoyant. It also has a new grid to make it easier to aim and a turbo which will allow more complex maneuvers to be made alongside the jump of the original

Other changes involve improvements in the response of the controls, in the hedging system, in the camera (closer to the main character). Also, now it will be possible to separate orders to the different members of the group in the first game. Weapons also change. Mass Effect use a randomness system Similar to classic pencil and dice role-playing games to determine whether a shot hits or misses. That has been maintained in part, but the system has been balanced to make it less frustrating and the grids have been made more precise. Yes, the weapons will continue to heat up. 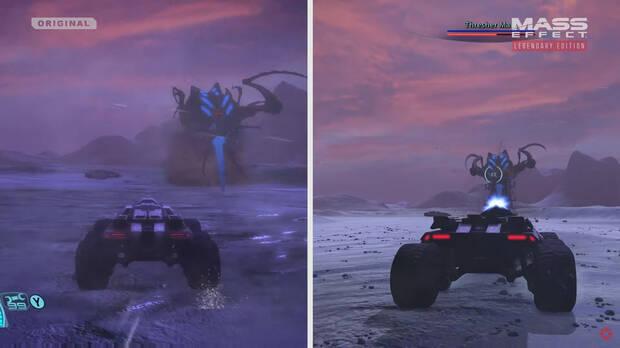 Remember that Mass Effect: Legendary Edition will go on sale in Spain and the rest of the world for PC (Steam and Origin), PlayStation 4 and Xbox One on May 14.

E3 2021: Microsoft and Bethesda on the same broadcast, but would split their conferences