Magic: The Gathering Arena make the leap to mobile devices for free, both in Android through Google Play as in the system iOS on the App Store. Developed by Wizards Digital Games Studio Y Hasbro, the title of computers now allows fans enjoy these card fights anywhere. The title also offers new touch controls so that these users can compete comfortably against mobile players, tablets, Windows PC or Mac OS. 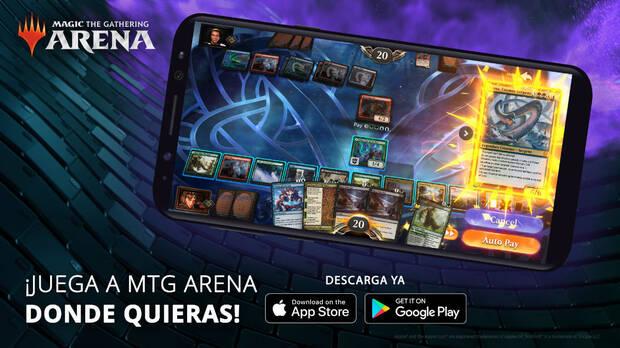 Magic: The Gathering Arena make the leap to mobile phones

Players who want to enjoy the experience of Magic: The Gathering Arena on their mobile phones they will find everything at their disposal: these versions offer all MTG Arena cards, card sets, formats, events, deck building and more They are available on mobile and tablets, including the latest Kaldheim set. Additionally, users can connect their Wizards Accounts to access your current MTG Arena collections, complete quests, and compete against other playersregardless of the platform.

We remind you that Magic: The Gathering Arena is the digital version of the world’s most popular trading card game. The dark fantasy and magic of this system is available on both computers and mobiles, offering all the modes and versions that we can currently find in the format of Magic. We will have to embody a planeswalker and travel across the confines of the multiverse to conquer the different realities that we find in our path.

Magic: The Gathering Arena reaches mobile phones with all its content

While we build our deck, the game offers users a addictive and enveloping formula where Magic’s proposal is available to everyone. “With its virtual conception it shows how it has revolutionized the world of collectible cards and games”, we write in our analysis. If you feel intimidated because you’ve never played Magic, don’t worry: you can take a look at the full official tutorial that the developers outlined.