During the EA Play Live 2021 event, the release date of Lost in Random, which will go on sale on September, 10th on PS4, Xbox One, Nintendo Switch, and PC. This is the new job of the Swedes Zoink Games, game creators like Stick it to the Man! O Fe, and a new trailer, which lets us see his peculiar proposal.

Lost in Random is an action adventure starring Par and Dadelio, a girl and her pet dice who intend to turn the tide of chance to save his sister, Dispar, from an evil decree of the Queen of Azar: “Together with his companion Dadelio, a very old living die, Par will have to accept the chaos of Azar. Dangerous awaits him battles, discussions with ‘curious’ characters and mysterious arenas of play that change every time the dice is rolled “. 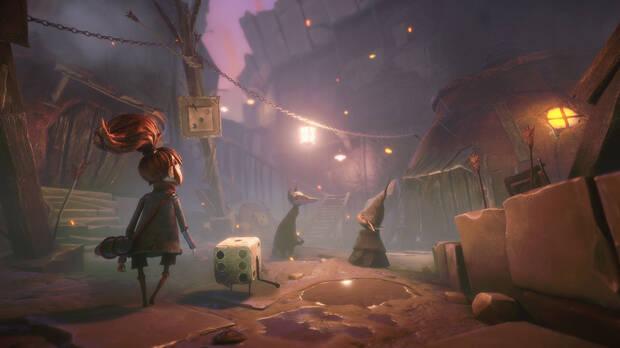 “Get coins on your journey and exchange them for powerful cards. Then, Throw Dadelio to freeze time in deadly dice matches and play your cards to use formidable attacks, abilities, combos and much more. You will meet its unpredictable inhabitants and embark on daring missions on your expedition to the heart of Azar. “In addition to its peculiar playable proposal, Lost in Random also has a eye-catching art section reminiscent of Nightmare Before Christmas O Coraline’s Worlds.

Codemasters GRID Legends Announced for Console and PC; will arrive in 2022