Focus Home Interactive and developer Sumo Digital have presented a new trailer of Hood: Outlaws & Legends titled We are legends, a sequence that recreates the action of a game. The game launches on PlayStation 5, Xbox Series X, PlayStation 4, Xbox One, and PC on May 10, although pre-orders include early access starting May 7. The title pits two groups of players competing to execute the perfect assault in environments patrolled by guards controlled with artificial intelligence. Using the unique abilities and mystical techniques of each character, we can move stealthily and steal treasures using stealth or, if we prefer, with one of the classes prepared for combat.

“While faced with a ruthless state of misrule, rebels and rogues from all corners fight to claim their place among the legends,” says the developer. “To gain influence among oppressed people, rival gangs compete in fearless assaults to hit the rich where it hurts most. Hero of the town or outlaw who only seeks gold … Only the best will escape with a fortune fruit of their efforts“.

Hood: Outlaws & Legends offers PvPvE multiplayer raids where we must defeat the enemies that protect the treasure and the players who have the same objective as us. With the obtained loot we will be able to obtain advantages, weapons and aspects. In addition, Sumo Digital has planned post-launch content with more maps, characters, game modes, and events keep it fun for months and years to come. 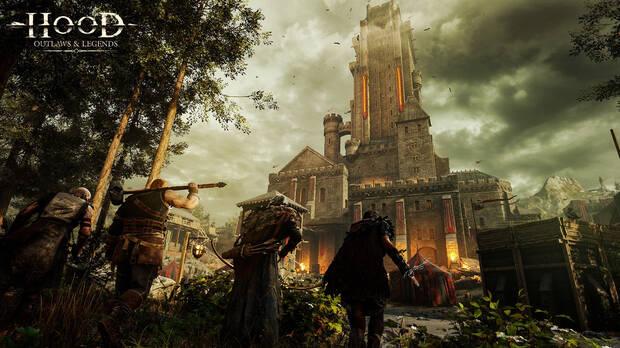