343 Industries, the developers of

“We receive a wide variety of comments and suggestions, but the most important points for us, and our key objectives for Halo Infinite, are ‘re-capturing the essence of Halo’s legacy’ and ‘reinforce the excitement and impact of Halo combat’, he comments Sotaro Tojima 343 Industries audio equipment.

So, on the one hand there is the music, they want it to be optimistic and itchy as in the first installments of the saga, but to delve into the mystery surrounding the Zeta ring where the game will take place. “For me, from a Campaign music perspective, it’s about capture brighter themes like ‘hope’ and ‘belief’, while embracing the mystery and beauty of the Zeta ring, “Tojima abounds. 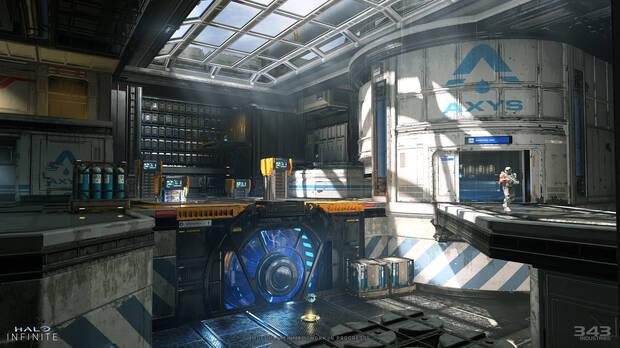 “I love the scores of Halo 4 Y 5, in which we try to incorporate the story very carefully, but as a result, the tone was not as hopeful as the previous ones Halo games, “Tojima continues.” The original games also had dark elements in their stories, but the music was largely focused on the light side, which worked very well. “

Music supervisor Joel Yanger adds that the soundtrack will include songs that recall the “ancient mystery”, “science fiction”, the “military”, “honor” and the “sense of duty”. All this will be surrounded by ambient sounds that represent the wild and alien life of the Zeta ring.

In the article there are several samples of the sound effects of the weapons and ambient tracks. The game use virtual surround sound technologies such as Dolby Atmos, Windows Sonic y DTS Headphone:X. Directional sound, aim Kyle Fraser, Lead Sound Designer, will have a very important role: ” don’t design all sounds to be exaggerated, allows us to create bigger moments and have a more impactful experience for things that should be loud and direct. “

The official release date of Halo Infinite is set for fall, but a voice actor has hinted that will launch in november for Xbox Series X / S, Xbox One and PC (Windows 10). 343 Industries spoke in February about game mechanics, while the Inside Infinite April focus on special features of the computer version.

FR-TEC announces its range of accessories inspired by Resident Evil