The developer and publisher Movie Games has signed as consultant a David Jaffe, creator of the saga God of War and director and designer of several installments of the series Twisted Metal. The Polish company has also invited Jaffe on its board of directors. The developer will have freedom to create your own projects within the signature.

In recent years Jaffe has focused on his YouTube channel, where he invites colleagues from the video game industry to chat about current affairs, sometimes uncovering industry secrets and commenting on the latest rumors. His last job as a director was Drawn to Death for PlayStation 4, released in 2017.

Movie Games is a polish company dedicated to development and distribution. The firm contacted Jaffe in March 2021 following the release of its latest title, the erotic-themed horror game. Lust from Beyond, who starred in some gameplay issued by the designer. Among his edited titles are horror games The Beast from Inside Y Lust from Darkness the like simulators like Drug Dealer Simulator, MythBusters Y Alaskan Truck Simulator. 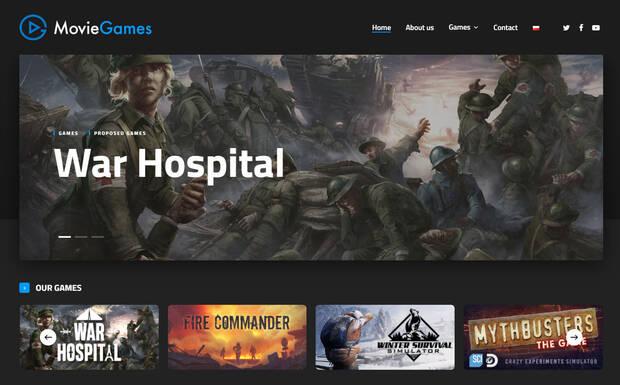 Jaffe: “It reminds me of the early days of PlayStation”

“David Jaffe participate in the project selection and guide developing games from Movie Games and the Movie Games family studios, “the studio explains in a press release.” The company will also benefit from Mr. Jaffe’s experience in Marketing areas and contacts. Movie Games has also invited him to serve on the supervisory board, and is open to any project that Mr. Jaffe wishes to carry out Himself “.

“I am delighted to join the Movie Games family. From weird and imaginative jewelry Lust From Beyond, to fresh and innovative titles like the next War Hospital, Movie Games is not afraid to take risks“says Jaffe, who announced in 2019 that he is working on a horror game.” Truthfully, it reminds me of the early days of PlayStation, when Unique ideas, albeit commercial, still had a place at the table“.

Overwatch 2 is focused on offering the best competitive experience, according to its director

GAME celebrates Star Wars Day with offers on games, movies and more from the saga