Genshin Impact has become one of the video games in its own right free to play most important in Spain and the rest of the planet thanks to its good artistic finish, to a quite satisfactory gameplay and also to the publication of new content to keep the players on their servers.

In fact, this online role-playing game is about to receive its next big game. update 1.4 What will be published on Wednesday March 17 in all the versions available for the title, that is, on PC, PS5, PS4, Nintendo Switch, iOS and Android.

One of the most interesting additions to this new update is probably Rosaria “Thorny Benevolence”, a sister of the Church of Favonius that players have likely encountered during their adventures in the past and who will now become a new pplayable four-star character.

This update will also allow players who have reached Adventure Rank 20 or completed the “Song of the Dragon and Freedom” questline to join the people of Mondstadt in a annual celebration that will be filled with minigames, rewards and prizes that we can exchange for skills and other useful objects for our characters. We will also see how we can continue with the adventure in which we are investigating the Order of the Abyss as well as various optimizations and adjustments to improve the title. 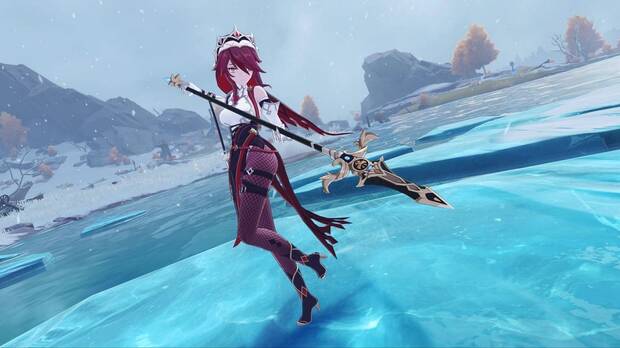 Over 874 million on mobile devices

This 1.4 update will surely serve the creators of Genshin Impact to celebrate the huge success of his video game that has already managed to exceed 874 million dollars in revenue only on mobile devices, so the total collection if we put all the platforms together is much higher, a number of heart attacks especially if we take into account that the development of the game cost 100 million dollars so we can say that it is more than profitable for its creators.