Last Tuesday Fortnite: Battle Royale premiered in Spain and the rest of the world the new Season 6: Instincts with a cinematic trailer in style. Now it has become known thanks to an exclusive from Variety in reality, the people in charge of directing this trailer have been the russo brothers, film directors who have brought the latest films of Marvel’s Avengers, like Infinity War and Endgame.

The Russo brothers’ experience working on the Fortnite Season 6 trailer

Anthony Russo y Joseph Russo They are two film director brothers who have achieved huge box office successes with their Avengers films, but have also been shown publicly on several occasions as admirers of Fortniteby Epic Games. The filmmakers are video game lovers and that is why they did not hesitate for a second to collaborate with the company to work and co-direct the cinematic opening of Season 6.

The Russo filmmakers collaborated with the Epic developers to write, storyboard and direct the cinematics, as well as future content for Season 6.

Epic Games had sold this trailer as the most ambitious cinematic to date, and it’s definitely been impressive (very close to looking like an animated movie). Variety has had the opportunity to ask the Russo brothers about their experience working with Epic and this is what the directors have said:

“It has been great working with the team at Epic. Fortnite has a special place in popular culture, and we think Donald Mustard [el director creativo de Epic] he is a visionary storyteller who continues to lead us to unknown territories “.

Mustard himself claimed that the Russo brothers worked closely with the Fortnite developer team to write, storyboard and direct not only the kinematics that we have already seen, but also much of the character content that we will see throughout Season 6 of Chapter 2. “When we were designing the story for Season 5 and Season 6, we wanted to tell it in a really authentic and character-driven way, and we knew there was no one better to help us do that than the Russos.”, expres Mustard.

This was the impressive trailer of Season 6 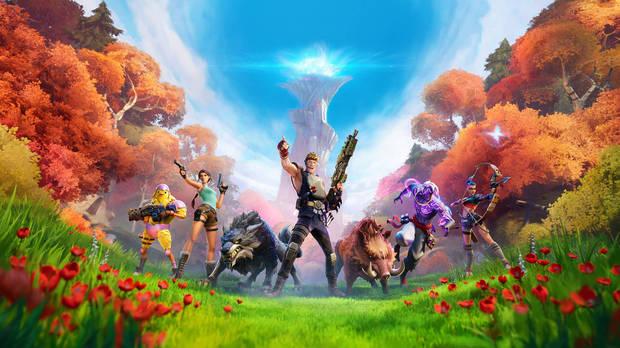 The collaboration between the Russos and Epic yielded a 3 minute long video very peak and exciting, in which Agent Jones fights his way into a great war to stop Zero Point. Along the way a lots of iconic characters like Kratos, The Master Chief, Lara Croft or Terminator (all of them skins that are already part of the game). The Season 6 trailer already accumulates more than 4.8 million visits.

It must be emphasized that It’s not the first time the Russos have collaborated with Epicwell in 2018 the filmmakers contacted Donald Mustard to propose the idea of ​​the crossover event of Fortnite e Infinity War, an event that was a great success at the time.

Season 6 of Fortnite is already underway and brings with it new mechanics such as the manufacture of weapons using resources, the appearance of wild animals that we can hunt and many other novelties. The map of the island has changed again and everything has become more rudimentary and fierce.

Remember that you can visit our complete guide to know the best tips and tricks and overcome all the challenges of the season with ease. Fortnite is a Battle Royale that is free for PC, PS4, Xbox One, Nintendo Switch and devices Android e iOS, you can read our review.