One more week Fortnite: Battle Royale you receive an update as part of your current Season 6: Instincts. Since this morning of Tuesday, April 27, 2021, Epic Games releases version 16.30 which includes some novelties juicy (like the expected arrival of Neymar Jr) and as always brings fixes and corrections to all platforms on which the game is available. Below we summarize the details most relevant and the changes and news that are included.

👤 Help Jonesy I face Raz
🔀 Conflict them with an unpredictable new exotic bow
➕ Stay down and stay safe in a new MPL: The floor restores
🦴 We added the remaining primitive and improvised weapons and bows to Creative Fortnite_ES (@Fortnite_ES) April 26, 2021 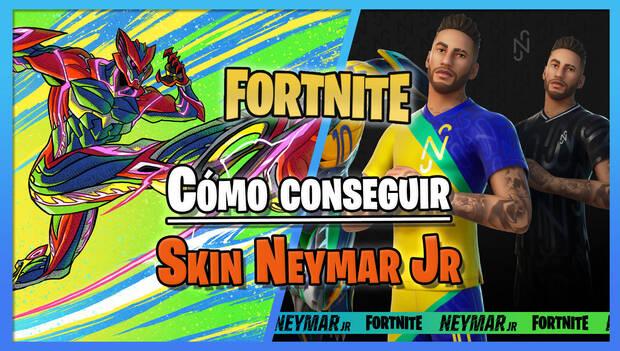 At this point it is no longer a surprise to Fortnite fans that patch 16.30 adds the arrival of the Neymar Jr character. The popular footballer finally lands in the Battle Royale as one of the great protagonists of the battle pass of Season 6. Yesterday we informed you of all the contents of your skin and accessories and what are the missions to be completed to unlock it for free, you can consult the respective news for more details.

Likewise, Epic will also celebrate this next April 28, 2021 Neymar Jr’s Cup, a special tournament in which players can earn points to try to prove that they are the best. Among the rewards prizes you can win one football boot with custom design that is inspired by the primitive form of Neymar Jr, in addition to the new emoticon As of the ride.

Fortnite version 16.30 includes the following news announced by their managers through the Fortnite Status Twitter:

Epic Games has also announced that there are inventory improvements. It is now possible to hold down the inventory button with a handcrafted item in hand to jump directly to the Crafting tab. This we save browse menus in the middle of a shootout. Also from now on inspecting an item will show exact numerical values ​​for statistics such as damage or rate of fire.

✅Inspect an item will now display exact numerical values ​​for stats like damage and rate of fire. (2/2) Fortnite_ES (@Fortnite_ES) April 26, 2021

This update brings some changes and general fixes for the game, as always we can extract them from the Trello from Epic and are as follows:

The following issues are expected to receive a fix throughout this patch:

All cosmetics and skins from patch 16.30

Naturally this version 16.30 of Fortnite also brings us a Lots of new cosmetics and skins that dataminers are responsible for collecting. Over the next few days we can dispose of them in the game store if we want to acquire them with turkey. Here below we show you the news in this regard:

Remember that you can visit our complete guide to know the best tips and tricks and overcome all the challenges of the season with ease. Fortnite is a Battle Royale that is free for PC, PS4, Xbox One, Nintendo Switch and devices Android e iOS, you can read our review.

Miitopia now has a free demo on the Nintendo Switch eShop