We recently informed you that Fortnite: Battle Royale, hand in hand with Epic Games, has announced a new very special collaboration with the DC Cmics house, and it is that both the video game company and the comics company have presented the limited edition series Batman / Fortnite: Zero Point composed of six issues that will begin to be published this next April 20th 2021. One of the novelties of the premiere of this collection is the arrival at the game of the new special skin of Harley Quinn rebirth, which can be achieved in a certain way. Below we explain all the details.

Take a look at the series of @DCComics from Batman / Fortnite: Zero Point:

How to get the Harley Quinn rebirth skin from the Batman / Fortnite comic: Zero Point

Batman, from DC Comics, has landed in Fortnite! Our hero tries to recall his past while fleeing an infinite loop of fighting and chaos, and comes face to face with enemies such as Renegade Assailant, Fish Stick or Bandit, among others.

The new Harley Quinn rebirth costume will be one of the new skins that will arrive in Fortnite thanks to the awards promotion from the Batman / Fortnite comics: Ground Zero. Basically, this Harley Quinn rebirth skin will be able to get free in-game by redeeming a promo code. That is, each of the physical specimens of Batman / Fortnite: Zero Point will include inside a redeemable code to obtain cosmetics in exchange in our Fortnite account (and if you live in the US, the same will happen with digital copies for subscribers of DC UNIVERSE INFINITE).

The user of YouTube Dr Cacahuette has already uploaded a vdeo gameplay filtrado with the Harley Quinn rebirth skin and looks like this in motion:

How to redeem the Batman / Fortnite: Zero Point skin codes?

In order to redeem comic code rewards you just have to follow these simple steps: 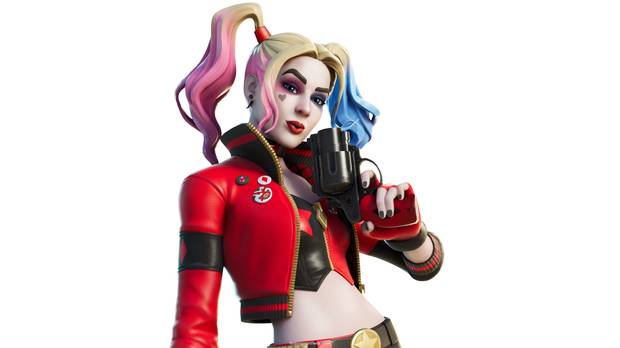 On the other hand, it must be clarified that if you don’t live in a country where Batman / Fortnite: Zero Point comics are going to be published or if, on the contrary, you do not plan to buy any copy of the series, you can still get Harley Quinn rebirth by another method. All Fortnite cosmetic items included in the Batman / Fortnite Comics: Ground Zero will also go on sale in the object shop del Battle Royale.

The Harley Quinn rebirth costume will be available to buy for turkeys in summer, from June 2021. However, the rest of the costumes will arrive in the Item Shop at the same time as their respective comic book series issues are released. It is worth mentioning that these costumes and their objects are only static and do not provide any playable advantage in Fortnite game modes.