The release date of Final Fantasy XVI in PlayStation Store has changed, although without setting a premiere day. How do they warn from Game Rant, when entering the Square Enix game tab at PS5 appeared “To be confirmed” in the section on the release date. When entering now it appears: “Coming soon”.

The change is only displayed in the console’s digital store. In the tab of the PlayStation’s official website continues to appear that “To be confirmed”, while the game is not even listed on the website of the Spanish PlayStation Store. Still, the variation seems indicate that the announcement of the release date and / or the premiere is not far away. 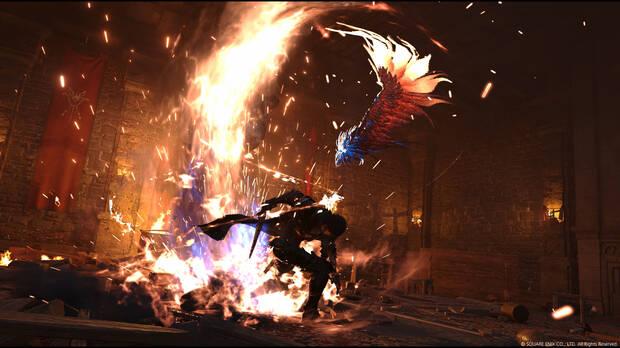 Final Fantasy XVI was announced with a lengthy first trailer at the PlayStation Showcase in September 2020 exclusively for PlayStation 5. Square Enix has not specified a launch window, but at the Tokyo Game Show 2020 they clarified that everything what has been seen of the game is representative footage of the game, no imgenes CG.

A job vacancy at the Japanese studio clarified that the developing of the sixteenth numbered installment of the role-playing saga is at an advanced point. After the official announcement, journalist Jason Schreier assured that Square Enix began working on this title after the launch of Final Fantasy XIV: Heavensward (2015) and what hit stores sooner than people expect.

Square Enix dio more details of the plot context of Final Fantasy XVI, accompanied by illustrations, at the end of 2020, featuring the protagonista (Clive Rosfield) and its universe of medieval fantasy. Since then they have not shared more data “so as not to generate speculation”, although producer Naoki Yoshida said in February that it will be an accessible action RPG for newbies to the genre.

The Japanese company hold a Square Enix Presents in summer, its digital event similar to the Nintendo Direct and the Sony State of Play, where it is not ruled out that they give more information about the title at hand. Square has confirmed that we will know more about the game in 2021. At the event of the same name last week they showed a new video of Forspoken (formerly known as Project athia).

Splinter Cell: The First Season Will Have 8 Episodes And More Details Confirmed

Fortnite: Mystery at Croft Mansion; how to play the Creative Mode map