For many years the budget of the series has been comparable to many films blockbuster, and the clearest example was Game of Thrones from HBO for the amount of extras and digital effects. The Last of Us It is adapting to this format with ten episodes in the first season and both Sony and HBO want it to live up to the impact of the saga in video games. For this, this ambitious production will span a whole year of shooting that begins at Fort MacLeod, Alberta, Canada. Now we know that the budget per episode exceed 10 million dollars.

“This project exceeds eight figures per episode”says Damian Petti, president of IATSE 212. “There is a multiplier effect on our economy in terms of impact. Hundreds of related businesses will benefit from this work.” Pre-production started six months ago and there are still twelve more to cover the four seasons in which the story of The Last of Us.

HBO has not commented on the budget information, but that expense is close to that of each episode of the last season of Game of Thrones -15 million per episode-. Presumably in addition to shooting in natural outdoors The Last of Us need one lots of effects to recreate ruined and uninhabited cities. As for the creatures, the fearsome clickers, we do not know if they will be completely digital, a practical makeup and effects job, or a combination of both techniques.

The series is inspired by the first The Last of Us and therefore tells the story of Joel -interpreted by Pedro Pascal- who must escort the young Ellie -Bella Ramsey- in a long journey through the United States. Along the way they will face gangs of looters and those infected by a fungus, turned into a kind of zombie. It has not been confirmed if this first season will cover all of this first game or only part.

The cast also includes Nico Parker as Sarah, Joel’s daughter; while Gabriel Luna be Tommy. Additionally, Merle Dandridge will reprise her role as Marlene, the leader of the Fireflies to whom she lent her voice for the video game. Three more actors were recently announced, including those who will play Bill and Frank. At the helm of the project is Craig Mazin, creator of the acclaimed miniseries Chernobyl, and Neil Druckmann as executive producer – he is co-chairman of Naughty Dog and creative director of the series. 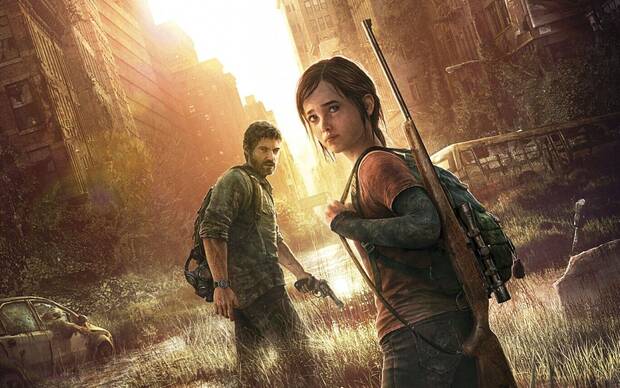