When we review the history of the video game there are certain sagas that are always present and, without a doubt, Duke Nukem is one of them. Also one of the most peculiar: his first game, Duke Nukem, was launched on 1 July 1991 (although the European market and, therefore, Spanish, did not arrive until the following year) and consists of a two-dimensional platform game for computers of the time. 30 years ago from the premiere of that game that was continued with a direct sequel, Duke Nukem 2, which kept the same format as the original.

It wasn’t until 1996 that it was finally released Duke Nukem 3D, the installment that ended up popularizing the franchise by leaping into three dimensions with which we directly relate to this series today. However, this game was also where the saga was paralyzed for almost 15 years: the next iteration, Duke Nukem Forever, was announced in 1997 but was not released until 2011, already fully converted into meme for being one of the most delayed games in the history of this medium. 10 years have passed since that last installment arrived on PS3, Xbox 360 and PC on June 10th.

Recent past and improbable future of Duke Nukem

Since then we have not received any new deliveries of Duke Nukem: compilations and reviews have been launched, that is, among which stand out Duke Nukem 3D: Megaton Edition, which came to PC in 2012 compiling the base game with its four major expansions released afterwards, and Duke Nukem 3D: 20th Anniversary World Tour, which was launched in 2016 coinciding with the twentieth anniversary of that delivery, and that last year it returned to land on Nintendo Switch.

The closest thing we’ve ever seen to a game of Duke Nukem Lately it is the appearance of the protagonist in Bulletstorm: Full Clip Edition Y Bulletstorm: Duke of Switch, the fun shooter of People Can Fly that for its reissue on modern consoles brought with it an expansion that changed its original main character for Duke Nukem, including new lines of dialogue recorded by Jon St. John, the character’s original voice actor. 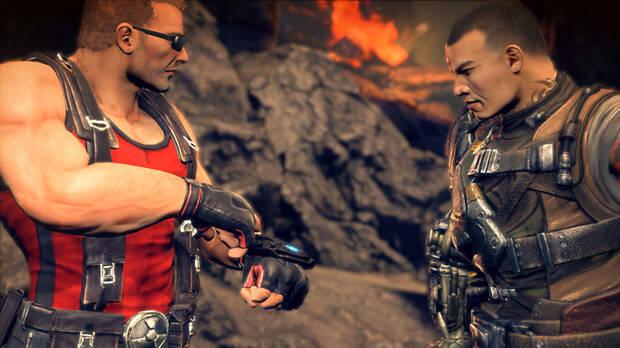 About the future of the saga there are few things to say: Gearbox is the one who has the rights to this franchise and Randy Pitchford, its CEO, said in 2017 that he would see it unlikely to return to it with a major installment.