Disco Elysium: The Final Cut is for sale on PS5, PS4 and Google Stadia, as well as PC where it is a free update for those who purchased the original released in 2019. To celebrate, ZA / UM has unveiled its launch trailer; Xbox and Nintendo Switch consoles will arrive later this year. It is an award-winning RPG praised by critics for its innovative aspects; Instead of traditional combat, players have the opportunity to defeat their opponents through a series of skills and dialogues. We remind you that it arrives with texts translated into Spanish.

As for the story, We control a detective who has been hired to solve a murder. The objective of the game is to investigate the different events that take place in the city of the game, Revachol, interrogating different characters, ruining murders and … accepting bribes if the occasion requires it. In this way, players can become a hero or the opposite.

Final Cut adds voice to all the characters in the game, new missions, new characters and new areas to investigate. Certain aspects of the gameplay have been improved and new features have been added that invite replayability. At a technical level, changes have also been made and, at least in the PS5 version, it can be played in resolution up to 4K and at 60 fps.

One of the great games of recent years

In our PC analysis we tell you that it is “the best role-playing game of recent years for its originality, for being one of the best written works of the medium, for its depth in themes and ideas of philosophical complexity, for allowing itself to be humorous in a terribly depressing situation and for being able to confront the player with his greatest enemy: to be opposed ideals. “The language -debut in English- was one of his main defects, but has been corrected in this final edition. 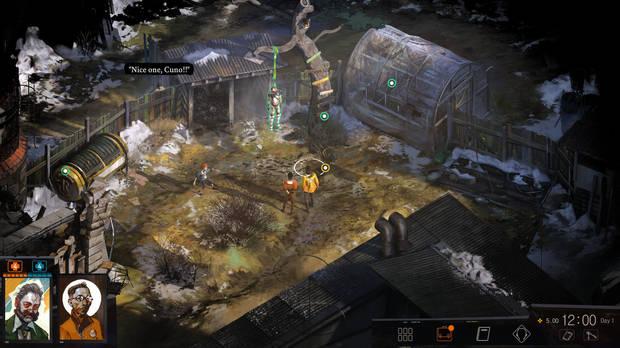