Last Friday an article published in Bloomberg revealed cancellations or changes in several projects of the Sony studios; Among the highlights, that Naughty Dog would be working on a remake of The Last of Us So what Days Gone 2 it will have been canceled; Bend Studio will be developing a new project. Jeff Ross, Director of Days Gone -currently at NetherRealm Studios-, he has been interviewed by David Jaffe to talk about this information and give some hints of what that Days Gone 2 would have been like that Sony supposedly rejected due to budget risks.

The conversation doesn’t go too deep into the details since Ross has signed a nondisclosure agreement, but admits that at some point he worked on the idea of Days Gone 2, sequel to the open world plagued by zombies that as a great novelty will have included an online mode. However, he assures that his departure from Bend Studio was not related to “the state of the sequel” but for personal reasons: “He felt that he had reached the maximum potential and that he would not advance further -in the study-“. In the article published by Jason Schreier, it was explained that both he and creative director John Garvin left the studio because they had been assigned as a supporting studio to Naughty Dog on a new basis. Uncharted. Ross confirms that they should collaborate with some Naughty Dog projects but does not talk about the future of Days Gone.

An ambitious sequel, perhaps too

Asked why Sony would cancel a sequel to Days Gone responds that “I do not believe that the state of Days Gone 2. I don’t want to be the official source. To answer the question, in that context, I will say that Sony’s calculation at this point is that … A game like Days Gone It started with 45 people, we asked how an open world could be made with these staff and the answer was to grow. We went from 45 to about 120“.

There was an initial budget for Days Gone which was big, but it went up a lot and that would probably be the starting figure for the sequel. “With these AAA games from Sony … They’re not cheap to make. The first Syphon Filter I think it cost 1 or 2 million dollars. The second sure was 2 million because we did it in a year. The investment returns are great, but for games that need to sell four or five million copies just to get the money back, there has to be a lot of confidence in the profitsBecause Sony doesn’t have Microsoft’s money and they have to use it wisely, and focus on a diverse catalog. “

Ross considera a Days Gone a commercial success, but he is aware of the varied criticism he got from the media. The plan with the sequel was to correct its flaws: “Days Gone sold more copies than the combined sales of all the games the studio had made. So it was successful in a way, and also in response from the community or players. But the reviews … Yes, that was the Normandy beach. A blood bath. “

“I am very proud of Days Gone-. The bottom line is that I know as well as all the flaws in the game. It’s not perfect, but it was the first in a series and you always know that the first establishes that foundation., and then you build on it, improve it, and refine what works. ”The idea for the sequel was to offer a shared world with cooperative play, a feature they wanted from the beginning to play. Days Gone but they had to cut because it will not be possible at that time. 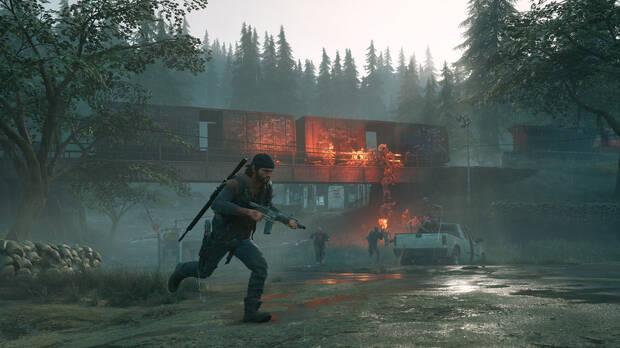 “It would not be a secondary mode if we had done it in the first one, or in another. It would not have complicated the narrative because we are good at it. That is one of the strengths of the original, we would have done the next best. So You take this world, with all these systems and graphics, and you bring this universe to a multiplayer version. It’s about people like Deacon trying to survive, forming gangs. I think it would be fun to be in that world cooperatively and see what the battles against the hordes would be like. “

The decision to focus on the most successful games

Ross says he has no idea of ​​Sony’s strategy with smaller games, but is sympathetic to the decision to favor commercial successes. “Sony has to have a responsible business. It is correct that they make decisions based on the returns of the investments, because it is the money they need for the next game. Yes, many small titles create brand love and profit, I don’t know what Sony is planning with them, but when you make a game like Days Gone, Sony gives you freedom, that’s good for the developer. “ 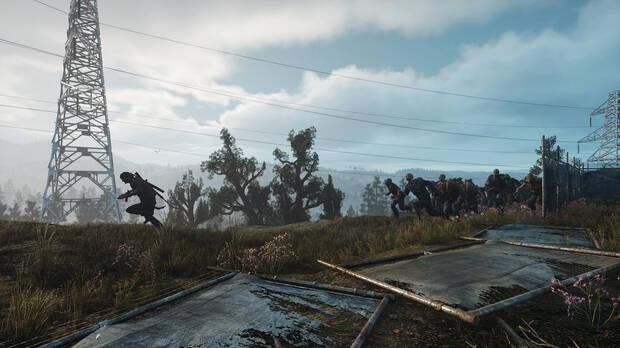 “Sony has gotten their fame in the last 10 years with those polished, exciting, single-player games, and they’ve sold really well, they’ve made a ton of money,” but they don’t have a game like that. Fortnite make it a permanent source of income. “Games are expensive, movies are expensive … To do more, the former have to make money. I think the more you plan, the more chances you have of failing, and I think that’s why I like Sony’s more open format. Even in Schreier’s article where he talks about controlling things a bit, he still says that they trust their developers tremendously. “