The update allows you to play Dark Souls 3 a 60 frames per second stable on both Xbox Series X and Xbox Series S. That’s right, this is the Xbox One version, which at its launch had a 900p fixed resolution, that is, 1600 x 900 pixels, something that does not change when playing on the latest Microsoft consoles.

We heard you! The team is thrilled to bring FPS Boost to Dark Souls 3. This required a brand new technique, unique to Dark Souls 3, to enable 60 FPS on Xbox Series X|S.

Huge thank you to our partners at FROM Software and Bandai Namco for their partnership and support. https://t.co/uI9J8Hv8hK— Jason Ronald (@jronald) July 8, 2021

Therefore, although the game can be enjoyed more smoothly (on Xbox One the 30 fps was not totally stable), on televisions with 4K resolution it can still be somewhat blurry. Dark Souls 3 never received an upgrade patch for Xbox One X. The version of PlayStation 4, which runs at 1080p and 30 fps, I received an update for PS4 Pro that removed the fps to run, initially, at 60 fps, but made the game unstable. However, thanks to that patch it works on PS5 at 1080p and stable 60fps.

Jason Ronald, director of program management in the Xbox team, has explained on his Twitter account that the update has taken more work than usual. “This required a totally new technique, only for Dark Souls 3, to allow 60 fps on Xbox Series X / S. “Ronald concludes his message by thanking FromSoftware and publisher Bandai Namco for their support. When the FPS was announced, Microsoft ensured that developers would not have to be involved in creating updates to FPS Boost.

Digital Foundry, the technical analysis experts, have given their verdict of the update based on the beginning of the game. They assure that Xbox Series X and Xbox Series S work identically, at very stable 900p and 60 fps. However, in the less powerful console they have detected a brief fall in fluency down to 53 fps during a battle on the roof of Lothric Castle. They also point out that loading times have been reduced considerably: from 12.3 seconds on Xbox One X to 6.7 seconds on Xbox Series X. 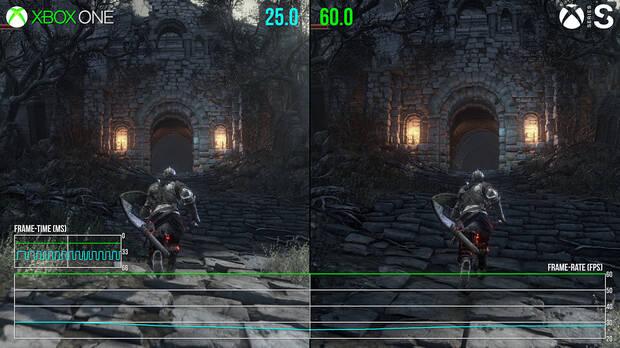 Animal Crossing: New Horizons will have an official Monopoly in August