Sony Interactive Entertainment has published its usual monthly list of games best sellers in digital format for PlayStation 5, PlayStation 4 and PlayStation VR via PlayStation Store. There are no surprises in the sales of the latest Sony console or the VR headset, but there are on PS4. Cyberpunk 2077, which Sony itself warns against buying on that console, is the best-selling game of June 2021 in the digital store.

To explain why this is surprising you have to recap a bit and go until December 2020. Cyberpunk 2077 It is launched on the 10th of that month. It is one of the most anticipated games in years. The editor had only sent copies of the PC version to the media. Although it is far from the revolution some expected, it is Well received: 86 out of 100 in the note aggregator Metacritic; It is common for publishers to only send the game in one of the versions, but there are usually no huge differences between them.

The players of PS4 y Xbox One begin to get their hands on that long-awaited game that even CD Projekt RED itself, the developers of the title, had shown in videos where not much action was shown, but it was a framerate stable on intergenerational consoles (PS4 Pro and Xbox One X). The console version was a mess, to the point that the Metacritic on the PS4 version is 57 out of 100 (according to 37 reviews) and 61 out of 100 on Xbox One (according to 16 reviews). CD Projekt starts making refunds both physical and digital games.

Sony removed the game from the PlayStation Store on December 18. It cannot be purchased on any of their consoles, although the title could be played at bearable performance on PlayStation 4 Pro and especially on PlayStation 5. The past June 21, after numerous performance patches and bug fixes, the title returns to PS Store at a price of 49.99 (twenty euros less than in the premiere), but with a warning: “Some users still have performance problems with this game. It is not recommended to buy it for use on PS4 consoles. For the best Cyberpunk experience on PlayStation, play on PS4 Pro and PS5 consoles. “ 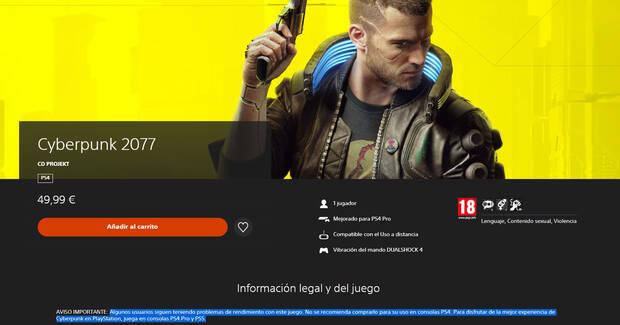 During the ten days that passed from the rerun to the end of June, Cyberpunk 2077 got positioned like the game best-selling PS4 in both Europe and North America (United States and Canada), surpassing news of the month and classics such as GTA 5 Y FIFA. Keep in mind that not only games purchased from a PS4 are taken into account, but also PS4 games purchased from PS5.

Ratchet & Clank is the best-selling PS5 in June

Ratchet & Clank: Una dimensin aparte, one of the best exclusive games on PlayStation 5 and released on June 11, has been placed as the title best-selling PS5 for that month on PlayStation Store both in Europe and in the United States and Canada.

Among the rest of the premieres of the month stand out Chivalry 2 (4th in Europe for PS5, 11th for PS4), Guilty Gear Strive (18 on the European PS5 and no presence on PS4; but 4 on the American PS5 and 15 on the PS4 from the same region) and Scarlet Nexus (15 for PS5 in Europe; 5 for the same console in the United States and Canada. You can consult the complete list in the playstation blog, but the European is listed below. 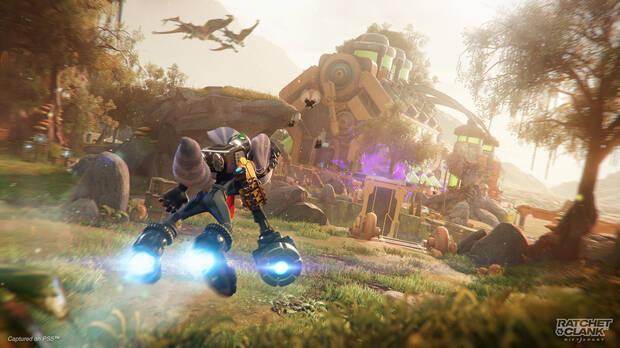 The PC version of FIFA 22 will not be the PS5, Series X / S or Stadia version and fans are protesting