Square Enix has communicated, following reports from some players about lights that induce epileptic seizures, that it is highly recommended to install the launch patch for Balan Wonderworld -now on sale- before playing the 3D platformer of Yuji Naka, creator of Sonic. The installation of these patches is usually necessary to avoid major bugs or improve performance, and in the case of Balan Wonderworld, also makes changes to improve the experience following comments to its demo. Nevertheless The most serious bug that some players are highlighting happens in the final fight, and it is something that the patch fixes.

“We have received news of a photosensitive epilepsy risk of a possible flash bug if played without patching,” says the official account. “Patch 1 avoids this issue and improves the overall gaming experience.”

Please ensure that you install the Day 1 Patch before playing.

We have received reports of a photo-sensitive epilepsy risk from a potential flashing bug if playing the game un-patched.

Videos on YouTube, which we are not going to publish because it is a spoiler of the final boss and the danger it can pose to viewers, shows some brief screenshots with the image completely blank during the battle, without warning. Since all of the player’s attention at these moments is on the character, playing on a big screen in the dark can easily cause an epileptic fit, or at least be very annoying. Certain players have reported headaches and migraines on social media.

Cyberpunk 2077 suffered a similar problem at its launch due to the fighting games and flashes of its cyberpunk world. CD Projekt RED acknowledged this issue and worked to fix it.

Liana Ruppert de Gameinformer comments that he began to feel the beginning of an epilepsy episode after briefly watching one of the videos on YouTube. “The scene is not just flash effects, it is a series of white backgrounds at high speed. The rapid succession is instantly dangerous,” he says in his impressions. Other people with whom he has come in contact, who do not usually have epilepsy, have shown dizziness with this sequence. 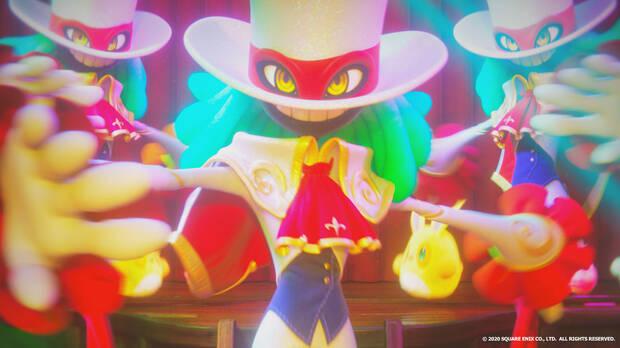 Monster Hunter Rise: A perfect game to get into this fun saga