PD 12 May 2021 by administrator
Leave a Comment on Nintendo Switch updates its firmware to version 12.0.2, now available

Halo Infinite not be an open world, but there will multiple zones with different settings in which players can go off the main story path to explore and discover numerous secondary activities. This is just one of the details of the game for Xbox Series X / S, Xbox One and PC that 343 Industries have shared at dawn this Friday, March 12 in # Ask343, a live broadcast where they have answered players’ questions.

The key points of the talk were collected by user IntrinsicGamer from the Halo subreddit. In the event they have participated Quinn DelHoyo (lead sandbox designer), John Mulkey (lead world designer), Troy Mashburn (director of gameplay) Y Justin Dinges (art director for the campaign).

Regarding the game is not an open world, they assure that they have constantly been inspired by the level The Silent Cartographer Of the first Halo: Players can, for example, keep a Scorpion they have gotten at the end of one mission and take it to the next. Each level will have numerous different paths and objectives. 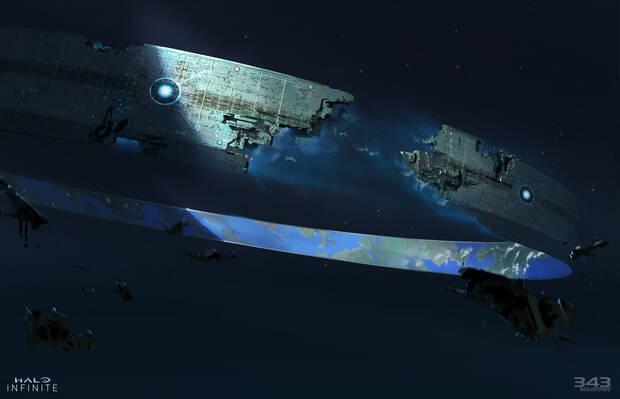 The Zeta Ring, the scenario to be explored in Infinite, tender day / night transition systems and dynamic atmospheric effects, like a wind system. The day / night cycle affect enemies the Master Chief will encounter: Grunts sleep at night, Phantoms have lights that allow them to see in the dark, and shield enemies will be more prevalent in dark areas and at night.

The cinematic scenes are made in-game, so they are affected by the day and night cycle; In addition, they ensure that the transition between gameplay and the videos be fluent. They say that there will be no storms or blizzards at launch, but they are “excited about the future”, which could imply that the campaign receive new content after the launch in the fall. 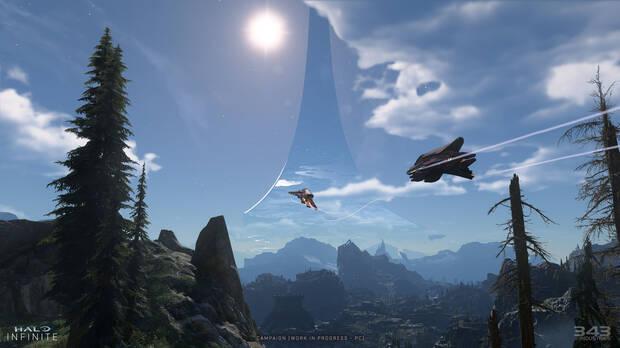 The Pacific Northwest-inspired environment will be just one of the multiple biomes that we will find in Zeta, although it will be the main one. There will be swampy areas, war-torn spaces, hexagonal caves, Forerunner buildings, bases of the Outcasts (which will retain the design they have in Halo Wars 2) and other places that promise to have an environmental narrative.

Although it is not an open world, the adventure being branched. The campaign will be linear and will mark a path for you, but there will be alternative paths that will lead to activities such as Rescue Marines, fight the Outcasts, and explore structures. They assure that there will be no invisible walls that prevent free exploration. 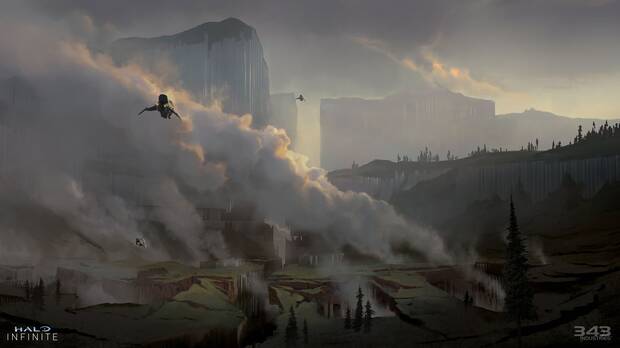 The plot has been created so that the player discover new areas in a natural way: some will be unlocked as the story progresses and others can be explored if, for example, a vehicle that allows you to get to that area before that the campaign marks it that way.

Thus, for example, a Crashed pelican whose history can be unraveled thanks to the aforementioned environmental narrative or through Recorded audios that tell personal stories, battles on the Ring and more. There will also be outposts, bases, patrols and encounters with random enemies scattered around the world. Exist wildlife in Zeta, but they won’t attack the Master Chief. 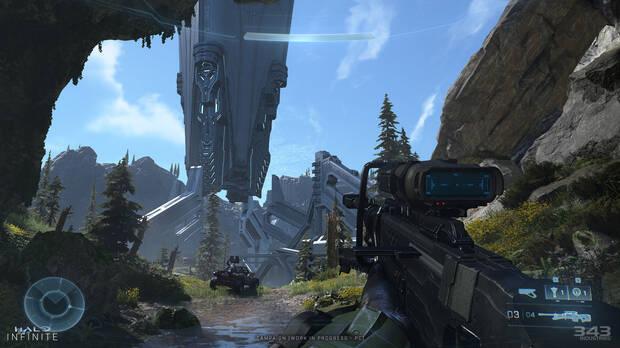 Those random encounters will be generated thanks to a system that allows the game to recognize what the player is doing. If this is moving on foot, combat designed to be fun on the ground will appear; and if the Master Chief is in an air vehicle, the engagement will be designed for the air battle.

Two weapons cannot be carried at the same time

With respect to gameplay, at the moment have not included the possibility of carrying two weapons at the same time, although it has not been ruled out. They say they are focusing on weapons (they cannot be improved, but variants of them can be found), grenades, melee weapons and items that can be unlocked and equipped as the campaign progresses. Those items, by the way, are single use only in the Multiplayer, but they want to implement the option to change this in private games. They also rule out that in the campaign an Elite can be controlled. 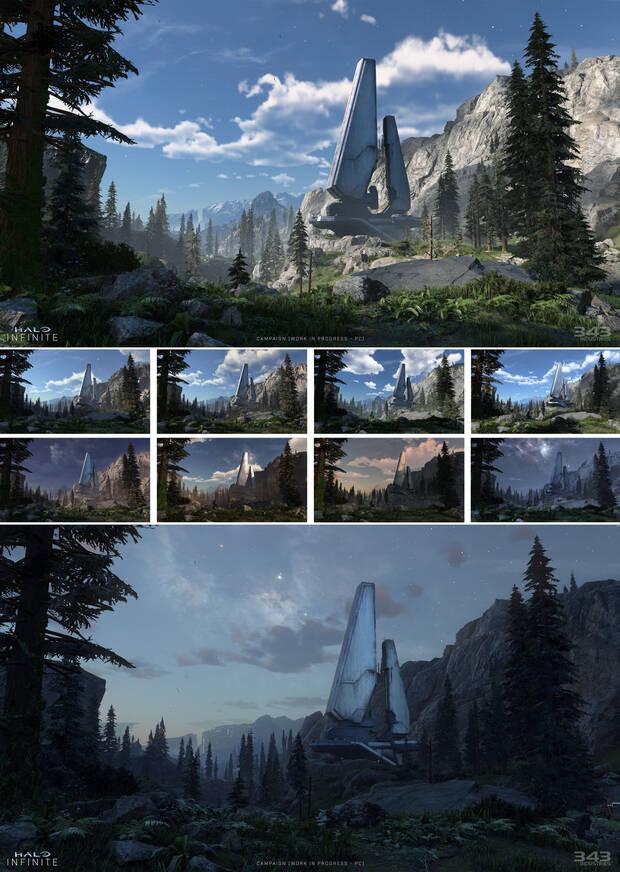 Nor have they passed by on the visual issue. They ensure that the Zeta sky is a full 3D model, not a simple drawing, which will allow the player to see where he is in the ring at the same time that he can cast realistic shadows on the stage. Also, during the day / night cycle there will be a time when Zeta outshine the sun. The boundaries of the ring will be visible and can even be used, skillfully enough, to throw enemies and their vehicles over the edge.

Fall 2021 with free multiplayer on PC and console

Halo Infinite reach Spanish stores and the rest of the world in otoo de 2021 para PC, Xbox Series X/S y Xbox One. Be available from launch day on Xbox Game Pass. Likewise, the multiplayer mode will be completely free, also on console, where the gameuego online be free soon.